To capture the spirit of America, nothing beats hitting the open highways in your rented Dodge Challenger, Chevy Corvette, Mustang GT, or some other classic that commands attention on the road. To inspire you, here’s the top 10 auto-related activities and attractions for freewheeling fanatics - all of which are good for the motoring soul. 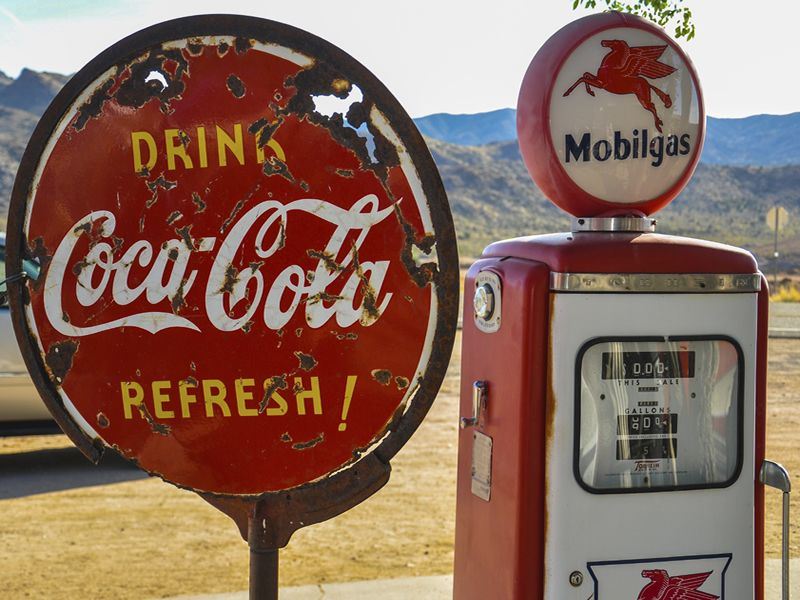 What: Over the past decade, Tesla has become a global leader in electric vehicles, with its zero-emission Model S, Model X, and Model 3 hailed as the performance benchmarks for competitors. The company purchased GM and Toyota's old Fremont factory in May 2010, and has since remodelled it to include 500,000-square-metres of highly-advanced manufacturing space (expansions plans are in place to ramp up production even further). Tours usually last an hour and include a breakdown of manufacturing steps as well as the overall assembly process.

The best bits: For tech-heads, the seven-storey-high Schuler SMG hydraulic press that’s responsible for stamping out a new aluminium body panel once every six seconds (or 5,000 per day) is easily the factory’s star attraction. In addition to a 6,000-strong workforce, there’s also over a hundred rather huge robots - all of which are named them after X-Men characters rather than their technical descriptions. Keep your eyes peeled for Xavier lifting cars down to the floor from an electrified rail, Iceman, Wolverine and Beast engaging in heavy lifting, and Vulcan and Havok working as a team to lift cars back onto the rail (you’ll find Storm and Colossus at the end of the chassis line). 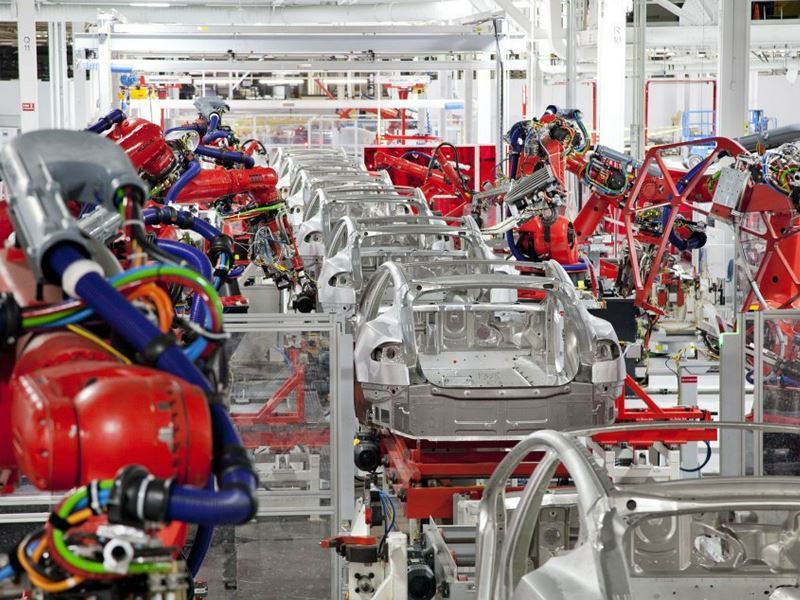 What: The city that finalised its $18 billion dollar bankruptcy in 2014 was America’s one-time automobile heartland where dream-machines such as Chevies, Corvettes, and Thunderbirds rolled off the production line. Nowadays, Detroit pays homage to its rich motoring heritage with a slew of attractions, including the Automotive Hall of Fame, Ford Rouge Factory, and General Motors Renaissance Center. It’s also the home of the North American International Auto Show (NAIAS) - the annual showcase for concept cars and almost-production-ready new models.

The best bits: Given that “Motor City” was where auto magnate Henry Ford would test-drive his first automobile in 1896 (and open his Henry Ford Company five years later), the Henry Ford Museum in the Detroit suburb of Dearborn is an essential stop. Complete with indoor and outdoor spaces dedicated to Ford’s two passions - history and cars - highlights include Edison's Menlo Park Lab, the Rosa Parks Bus, Buckminster Fuller's circular Dymaxion House, the 1961 Lincoln Continental in which JFK was gunned down, and Abraham Lincoln's rocking chair from Washington’s Ford Theater. 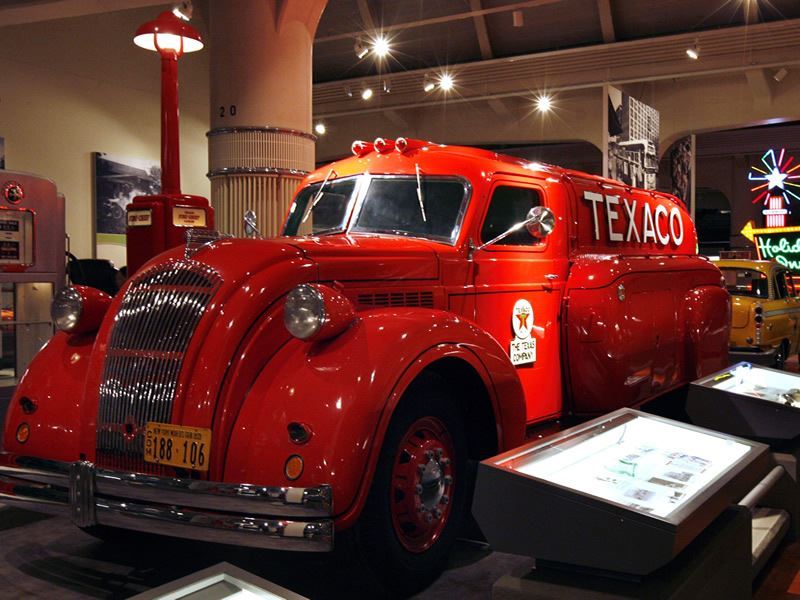 What: For speed freaks, it doesn’t get cooler than the Bonneville Salt Flats - a brilliant-white expanse of salt on the western edge of the Great Salt Lake basin and along the I-80 near the Utah-Nevada border. Tempting drivers to hit speeds of over 600 miles-per-hour, this stretch of flats (measuring 12 miles long and 5 miles wide) is on the National Register of Historic Landmarks for its contribution to land speed racing. But “shooting the salt” is not confined to roadsters; this unique sport also appeals to motorcycles, streamliners, and even diesel trucks.

The best bits: The Bonneville Speedway in the western portion of the flats near Wendover has been marked out for motor racing since 1912 (it then shot to fame in the 1930s when racers Ab Jenkins and Sir Malcolm Campbell competed here and set land speed records). Nowadays it’s most famous for the Southern California Timing Association’s Speedweek - a seven-day event held in August where around 440 vehicles aim to set records for their car/motorbike category. The same course is used for the 100-mile Salt Flats Endurance Run - an annual event where entrants have to leg it over the flats around the Bonneville Speedway in less than 36 hours. 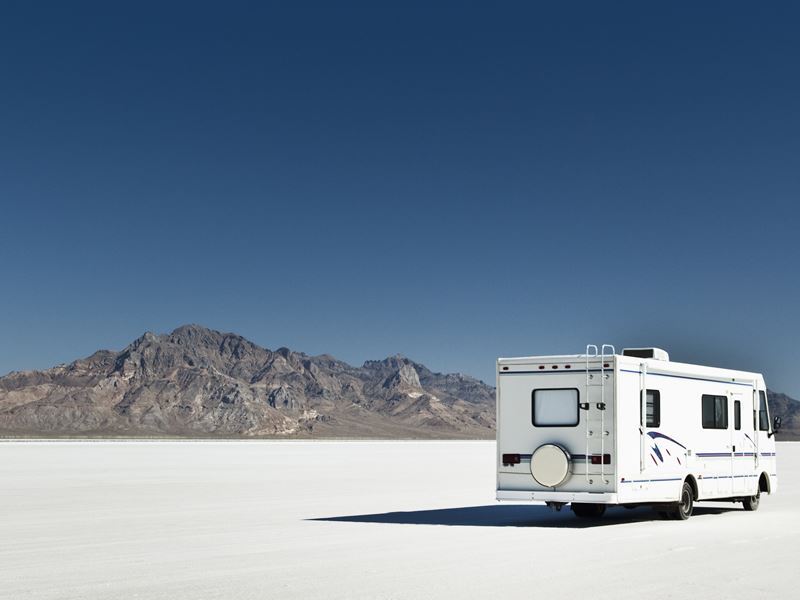 Stop off at some iconic motor museums

What: No road trip is complete without a detour at a motor museum. Try to factor in a visit to the National Automobile Museum in Reno, Nevada, for casino magnate Bill Harrah’s 200-strong car collection. Not only is the 1911 Maxwell (Harrah’s first acquisition) among the highlights, but there’s also antiques, vintages, and special interest cars on themed “street” displays. Also worthwhile is the Shelby American Collection in Boulder, Colorado, for swooning over the very first Shelby Cobra as well as rare Daytona and Willment Coupes and GT350 Shelby Mustangs.

The best bits: Named Museum of the Year by the International Historic Motoring Awards, the Petersen Automotive Museum occupies an entire block on Los Angeles's Museum Row in the Miracle Mile neighbourhood. Following a dramatic $125 million dollar renovation completed in 2015, this state-of-the-art building comes with 100,000-square-feet of permanent and rotating exhibit space, 25 galleries, and over 300 vehicles - some of which have appeared in movies. There’s also a science-themed discovery centre that’s designed just for kids, and an impressive basement vault filled with 100-plus rare cars (including some celebrity-owned classics). 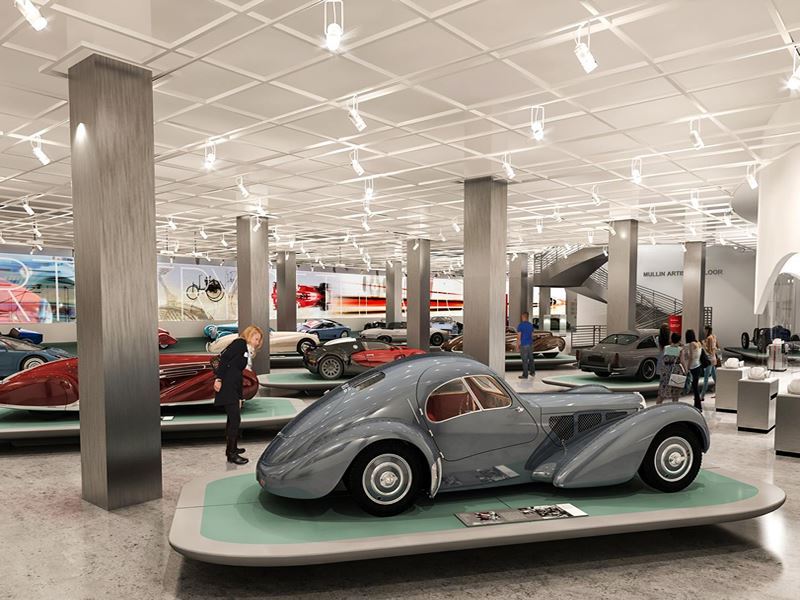 What: One of the oldest forms of motorsport, hill climbing is the discipline of driving quickly up a narrow asphalt hillside course in the quickest time (competitors are allowed two runs so they have time to make amends if they mess up the first time around). One of the most legendary races is Colorado’s annual Pikes Peak International Hill Climb (also known as The Race to the Clouds) that takes place in June. The course measures 12.42 miles-long, climbing 4,720-feet from the start at Mile 7 on Pikes Peak Highway to the finish at the 14,110-foot summit.

The best bits: The Race to the Clouds highway is completely paved, and as a result driving is on asphalt from start to finish. The race has around 200 competitors in approximately 10 classes (including motorcycles, pro trucks, and super stock cars) and requires riders to be in top shape given that as they climb toward the summit, the thin air slows reflexes and saps muscle strength (it also robs engines of 30 per cent of their power). For non-racers, popular routes up Pikes Peak include hiking up Barr Trail, driving via Pikes Peak Highway, or taking a ride up the historic Pikes Peak Cog Railway - the world’s highest cog railway that’s been in operation since 1891. 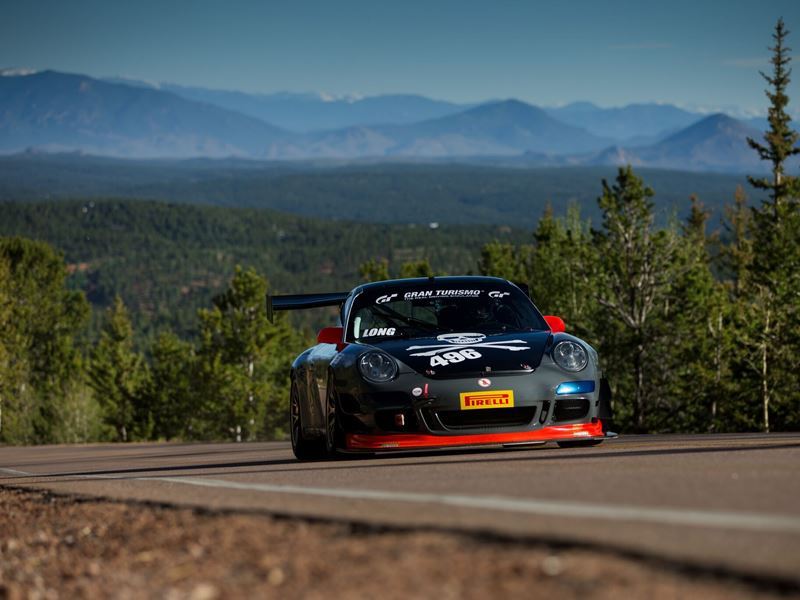 What: No circuit gets more love from racing fans than Indianapolis 500 (nicknamed Indy 500) - the country’s premier open-wheel event. Held on Memorial Day weekend at the Indianapolis Motor Speedway, this 2.5-mile-long oval track featuring four quarter-mile corners connected by straightway has been home to motorcycle championships galore as well as NASCAR and Formula One. There’s also an on-site museum filled with around 75 racing cars (some driven by former winners), as well as an eight-foot trophy that was designed by Tiffany in 1909.

The best bits: Florida’s Daytona International Speedway is the holy grail of racetracks - and easily the state’s most famous. The headlining Daytona 500 held in February still serves as the pinnacle for the six decades of historic performances, iconic figures, and spectacular moments that transformed Bill France's dream into "The Great American Race", but there’s also a slew of attractions on non-race days. Highlights include the 30-minute Speedway Tour, the Daytona 500 Champion’s Walk of Fame, and the Richard Petty Driving Experience where you can either drive a real NASCAR race car or ride shotgun for three laps at breakneck speeds. 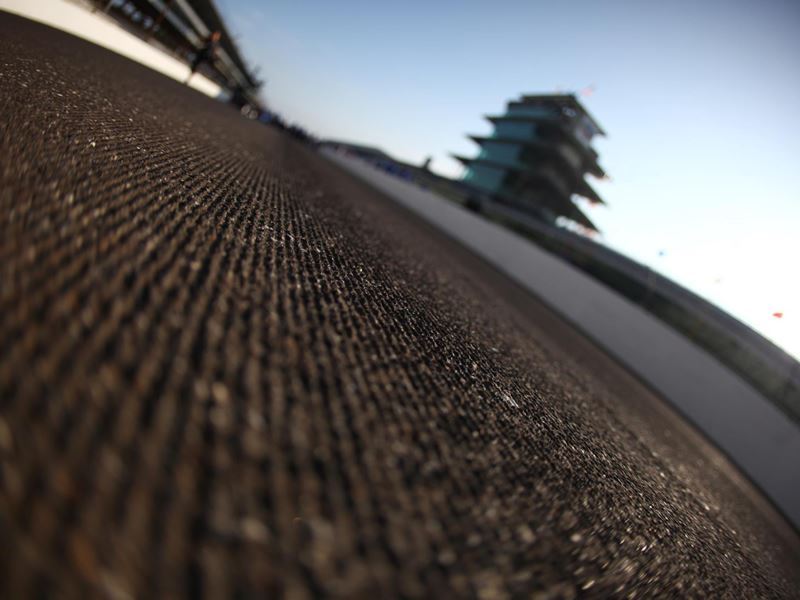 What: There’s nothing like an auto show to bring like-minded motoring fans together for an eyeful of not-yet-release cars, concept cars, and out-of-production classics. One of the most historic is the Los Angeles Auto Show - an annual event with several days devoted to future talk and the latest in cutting-edge gadgetry. The very first show was in 1907 and included 99 vehicles on display at Morley's Skating Rink. Now, a century later, there’s well over 1,000 vehicles to drool over - many of which are new offerings by the auto industry’s major movers and shakers.

The best bits: Held at the Los Angeles Convention Center, the show is where both the press and the public are treated to a sneak peek of every car imaginable (new-version SUVs, concept cars, convertibles, station wagons, and more). Taking place from 22 November-1 December, the 2019 Los Angeles Auto Show promises exciting makes and models, including vehicles making their global and North American debuts. Further show highlights include test drives (some models only), getting the lowdown from sales reps, and shopping for aftermarket accessories in "The Garage" (accessed through South Hall; look out for the huge banner). 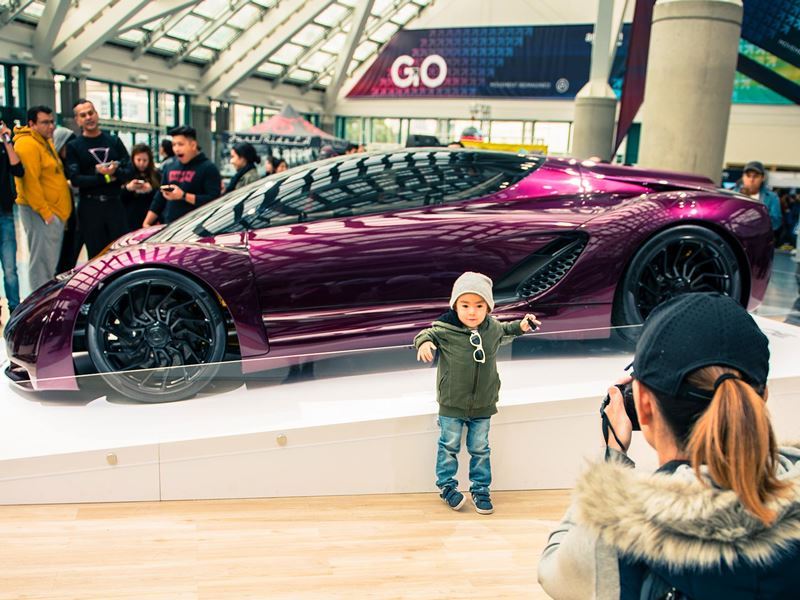 Get your quirky kicks on Route 66

What: Possibly the world’s greatest road trip, Route 66 (coined the “Mother Road” by John Steinbeck) has been serving up a slice of Americana since 1926 (it was eventually bypassed by larger and faster interstates and decommissioned in 1985). Nowadays, driving parts of the original 2,448-mile stretch from Chicago to Santa Monica is the ultimate throwback thrill for motorists; not least for the chrome-and-vinyl diners, time-honoured gas stations, mom-and-pop hotels, curio shops, and bizarre roadside attractions that line this beloved heritage trail.

The best bits: Huge portions of Route 66 are still drivable, and they’re peppered with as much kitsch as you can muster. Most eye-popping is the Cadillac Ranch just west of Amarillo, where you’ll find 10 junked-up Cadillacs buried nose-first in the Texas landscape and covered with graffiti from spray paint-happy tourists. Further intriguing stops for nostalgia buffs include the tepee-shaped Wigwam Motel in Arizona, the brilliant Blue Whale of Catoosa in Oklahoma, and the rocket-wielding Gemini Giant in Illinois - a fibreglass “Muffler Man” kitted out in a pointy silver helmet and a green jumpsuit that stands in Wilmington’s Launching Pad Drive-In parking lot. 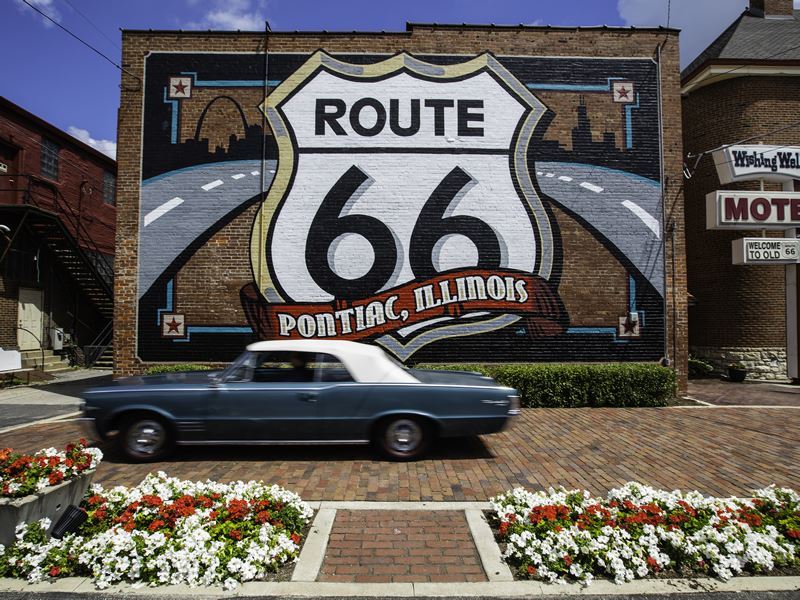 Rev up for a family adventure in a motorhome

What: Never has the freedom to go your own way been so on-trend, convenient, and cost-effective. No matter where you’ve travelling, motorhomes provide an unrivalled sense of do-what-you-like-when-you-like adventure for families looking for an exciting holiday without having to rough it. Most of these transportable homes are kitted out with ample beds, sofas, kitchenettes, bathrooms, and a whole range of modern appliances - with some more glamorous vehicles upping the ante with plasma screens, Jacuzzi tubs, cosy fireplaces, and even sundeck roofs.

The best bits: American Sky offers an awe-inspiring selection of self-drive motorhome tours in Southern California, the Three State Triangle, New England, and along Route 66. Working in collaboration with Cruise America, all motorhomes (available in three categories) come with a fridge and freezer, kitchenette, microwave, air con, shower, flush toilet, and power steering (additional charges apply for a “personal kit” that includes bedding, towels, and kitchen essentials such as pans and crockery). Insurance is also included in the rental price, which automatically covers you for up to one million dollars liability. 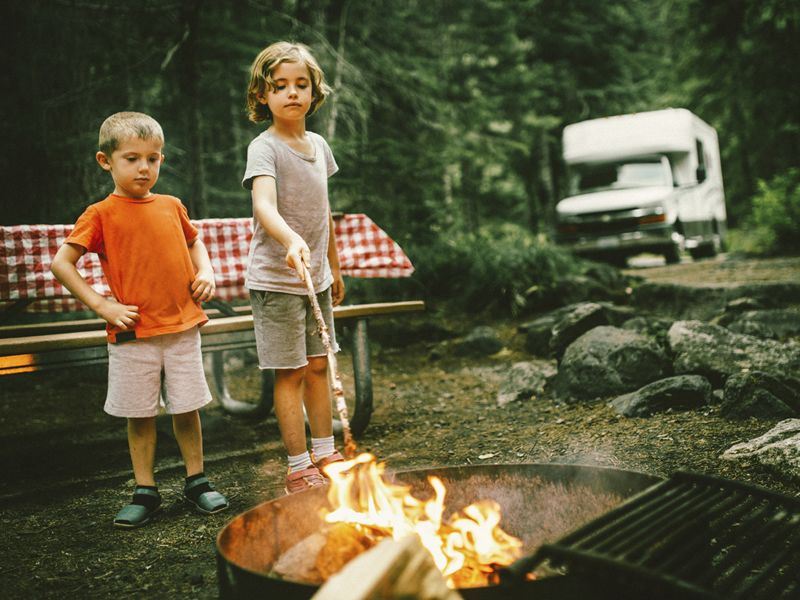 What: America’s roads are justifiably famous for grand panoramas of shorelines, mountains, forest, and skies that really do seem bigger than anywhere else on the planet. Some of the best scenic drives include Richardson Highway in Alaska, Lemhi Pass in Montana & Idaho, San Juan Skyway in Colorado, Patchwork Parkway in Utah, and Oregon Coast Highway in Oregon. Equally drive-worthy is Blue Ridge Parkway in Carolinas & Virginia, The Overseas Highway in Florida Keys, Going-to-the-Sun Road in Montana, and Hana Highway in Maui.

The best bits: California's State Route 1 is the epic road that runs along the Pacific Coast from Capistrano Beach in Orange County to Leggett in northern Mendocino (a total of around 750 miles). Best tackled in sections, most drivers head to the Pacific Coast Highway that stretches for 147 miles along the coast from Carmel to Morro Bay (it takes around five hours from end to end if driving at a leisurely pace). Highlights of the route include San Francisco,  San Jose, Santa Cruz, Monterey, Big Sur, San Simeon, Santa Barbara, Ventura, Malibu, Los Angeles, Long Beach, and San Diego. 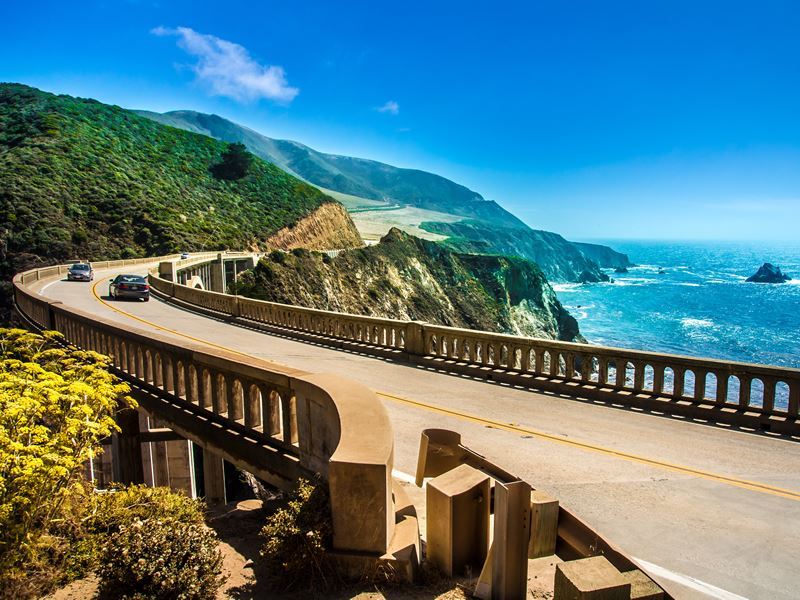 Experience a cultural road trip through the Bayou state: Lafayette to the end of the world Read more
Exploring Arches National Park Read more
Head out on one of these top day trips from Portland, Oregon Read more
Find your perfect holiday