When it comes to culinary centres of excellence for the gastronomically-obsessed, America delivers. Here’s our pick of the 10 best USA cities that stand out for their chef-driven restaurants, gourmet farmers’ markets, binge-worthy street food, and adventurous bistros, bars, cafés, coffee shops and diners. 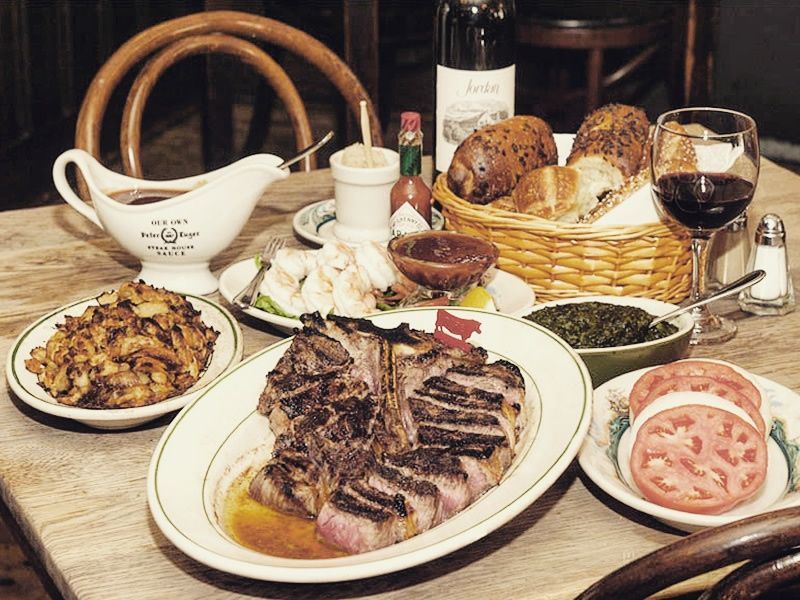 Why: It’s not just about the jazz-fuelled partying and world-famous Mardi Gras celebrations in The Big Easy. Having established itself at the forefront of American dining for its cutting-edge cuisine, scrumptious seafood, and palate-tingling Creole and Cajun specialties, this cultural melting pot is home to some of best fusion chefs and high-profile restaurants on the planet.

Book a table: Willie Mae’s Scotch House for the crispiest fried chicken in town, Café Minh for its French-Vietnamese cuisine, Casamento’s for its oyster loaf, Restaurant August for its hybrid French-Creole menu, and Dinner Lab for offerings by up-and-coming chefs. Equally visit-worthy is Gambino's Bakery for its Red Velvet cake, Hansen's Sno-Bliz is for crushed-ice snowballs and syrups, and grand-dame Antoine’s for Oysters Rockefeller and Eggs Sardou. 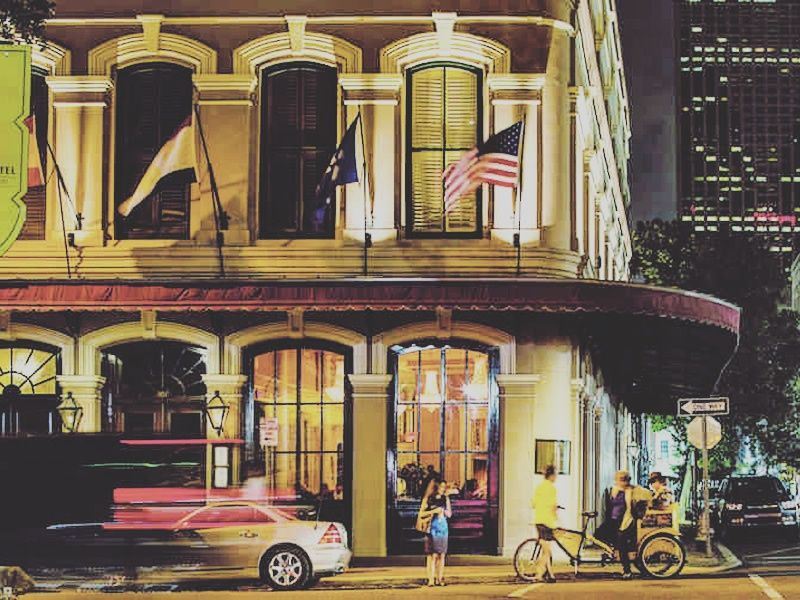 Why: The West Coast city that started the farm-to-table obsession in the 1970's is an avant-garde foodie paradise that presents a game-changing amount of choice. Considered by many connoisseurs and critics as America’s food and wine capital, the restaurant scene is as exciting as the farmers’ markets that kick-started the worldwide trend for fresh, organic and local produce. 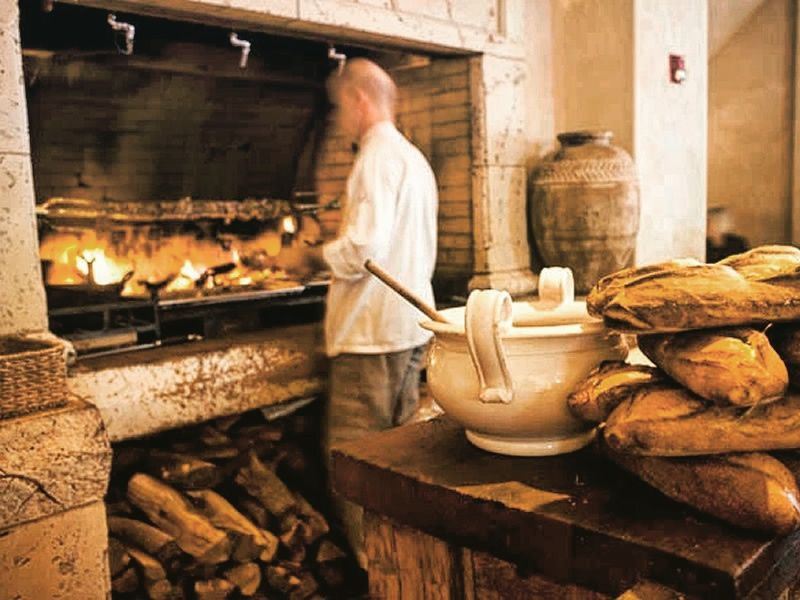 Why: The food scene in the cradle of America is currently enjoying a renaissance with many esteemed kitchen talents relocating here to cook up some of the City of Brotherly Love’s most fascinating food. But it’s not just about Philly's rapidly-evolving restaurant scene; there’s still plenty to satisfy your appetite at the old classics that are the backbone of many neighbourhoods.

Book a table: Chickie’s & Pete’s for crabfries, The Gobbler for the signature Wawa Gobbler packed with gravy, turkey and cranberry sauce, Khyber Pass Pub for Benton's Bacon Grease Popcorn, and Federal Donuts for the Strawberry Lavender Donut. Also try Pat’s King of Steaks for Philly cheesesteak, Zahav for hummus, Cheu Noodle Bar for dumplings, Serpico for sophisticated global eats, and Jerry's Bar for one of the city’s best brunch menus. 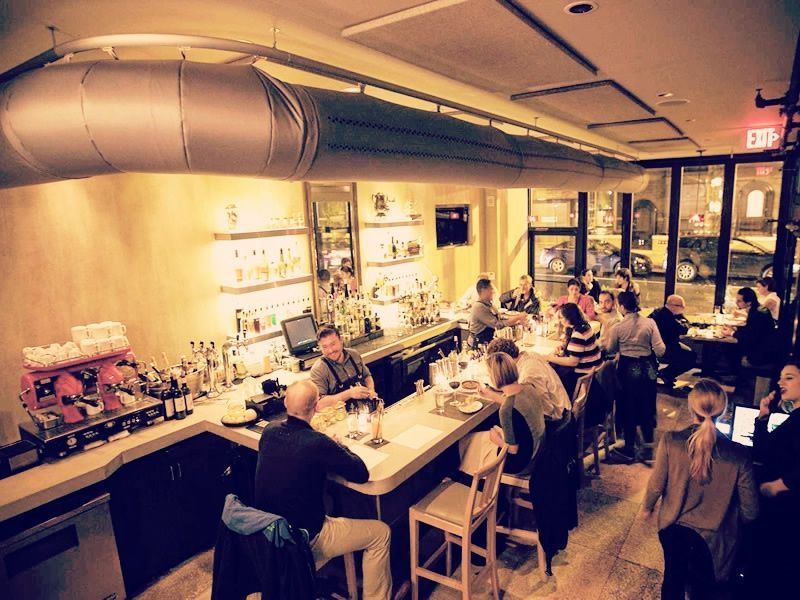 Why: The past decade has seen a slew of budget hole-in-the-wall eats and upscale eateries springing up in Charleston - the Southern charmer most famous for its grand antebellum mansion and eponymous 1920 dance. Most exciting here is the ‘Lowcountry’ cuisine - classic recipes with a mix of English, French, Mediterranean, Caribbean and West African influences.

Book a table: Superstar chef Sean Brock’s Husk for dishes created only with ingredients sourced in the South, Martha Lou’s Kitchen for craggy golden fried chicken and succulent shrimp, Minero for shrimp and masa grits with chilli sofrito, and The Westendorff for posh comfort food. Also try 167 Raw for its seafood, Artisan Meat Share for its hearty sandwiches, and Edmund’s Oast for its Carolina Gold Heritage Chicken Porridge and house-brewed beer. 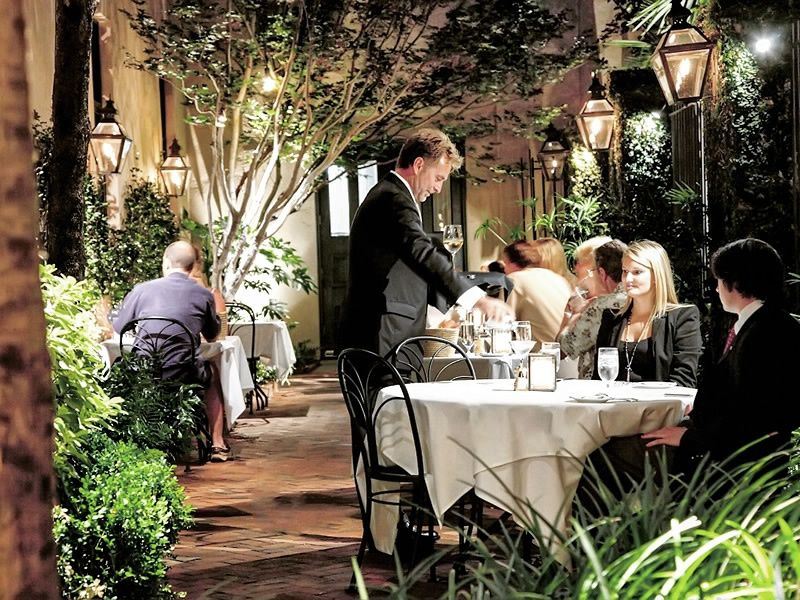 Why: The Big Apple lays claim to some of the biggest names in the business and offers around 8,000 restaurants for those keen to expand their gastronomic horizons. The food scene is unbelievably diverse - you’d be hard pressed to find a global cuisine that hasn’t been given some trendy twist by one of the city’s superstar chefs. 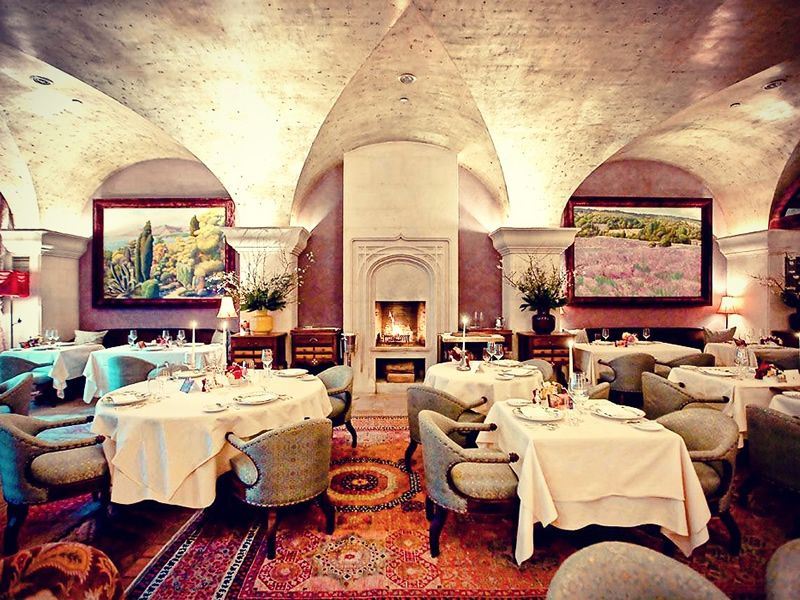 Why: The capital’s formerly stuffy dining scene has evolved into a something of a foodie mecca, with some of the hippest movers and shakers opening some of the country’s best restaurants here.  There’s now more choice than ever for foodies; from sophisticated spots with prix-fixe tasting menus to neighbourhood cafés, farmers’ markets, and gourmet food trucks.

Book a table: Zaytinya for its Crispy Brussels Afelia (made with Brussels sprouts), Jaleo for its tapas, Ben’s Chilli Bowl for its half-smokes, and Founding Farmers for its farm-to-plate dishes. Also try Rogue 24 for its Liquid Chicken, Mintwood Place for its blend of French and local cuisine, and either Meskerem, Dukem or Ethiopic (ideally all three) for Ethiopian cooking. 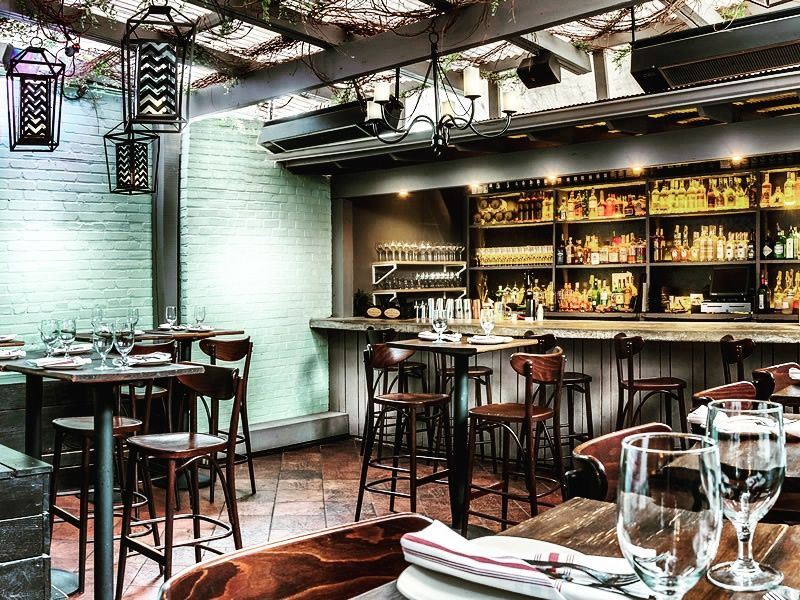 Why: The Windy City has confirmed its place as one of the country’s elite dining destinations for its confident cooking, improvised fusion menus, award-winning chefs, restaurants and strong passion for local and sustainable ingredients. It also has a huge amount of neighbourhood farmers’ markets and is committed to funding training for young farmers. 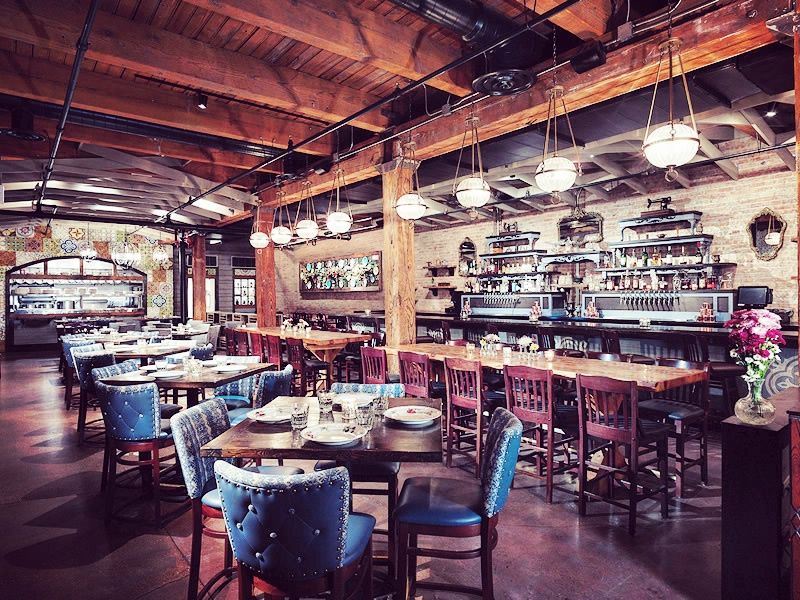 Why: It’s mostly about the healthy eating hotspots in the City of Angels, especially at the vegan sanctuaries, raw food bars, and Hollywood Farmers’ Market that combines some of the country’s finest produce with A-list sightings. But if you’re craving more than chopped salad, this culinary boomtown also has Cal-Asian fusion dishes, classic steakhouses, and plenty of Mexican food with the walls of its best dining establishments. 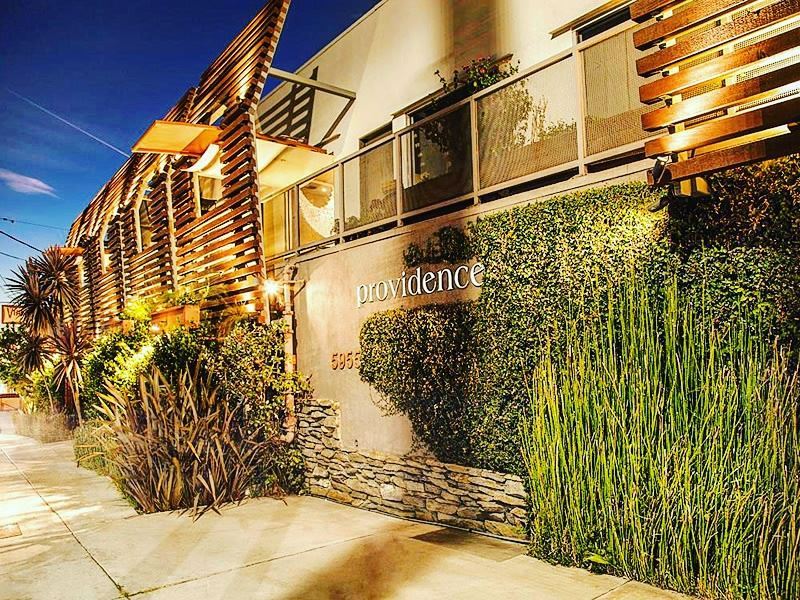 Why: Portland deserves its reputation as one of the world’s most vegan- and vegetation-friendly places in the world that also has a brilliant street food scene. But what also gives this Pacific Northwestern city its edge are the heavy-hitting hipster restaurants, artisan coffee shops, farmer’s markets, microbreweries, and urban wineries.

Book a table: The People’s Pig for its pork burger, Bunk for its pork belly cubano, Ping for its baby octopus skewers, Toro Bravo for its tapas, and The Whole Bowl for its lemon and garlic Tali sauce created with a secret recipe. Also try The Woodsman Tavern for oysters, Ataula for Spanish gastropub fare, and Voodoo Doughnuts for the delicious Bacon Maple Bar Doughnut, Triple chocolate penetration Doughnut, and Grape Ape Doughnut. 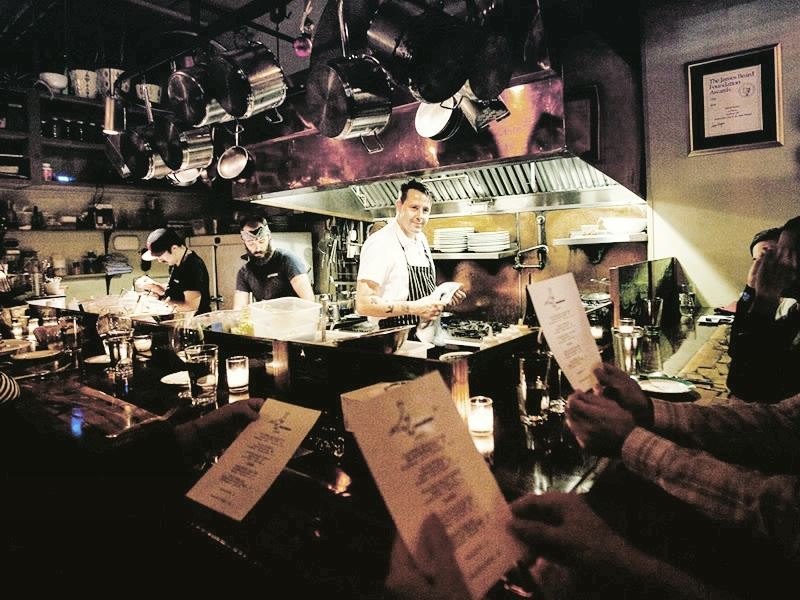 Why: Houston, the country’s fourth-largest city is quickly climbing the ranks as a diverse dining destination with an incredible cocktail scene. There’s a bit of everything here for everyone; from chef-driven restaurants where the menu takes a Southern spin on global dishes, to gourmet food carts that offer quality bites at very reasonable prices. 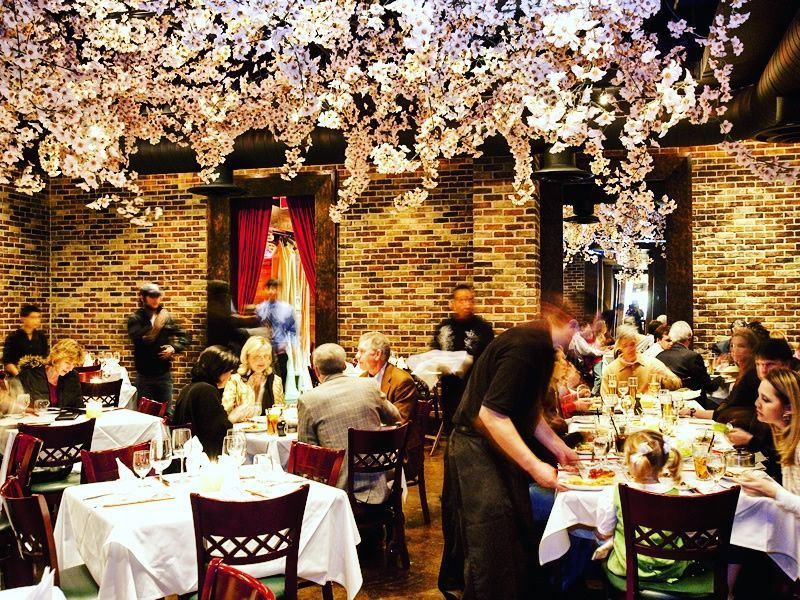