A true taste of San Francisco

San Francisco’s deeply rooted culinary origins began way back in the 1800's when hardworking immigrants and locals strived to create tasty, filling dishes which would get them through long days working in gold mines or out at sea. After a day’s worth of back-breaking labour, the workers sought after a stiff drink to help them relax, a factor which saw a number of mixed alcoholic drinks and cocktails also rise to popularity during this period in San Francisco’s gastronomic history. 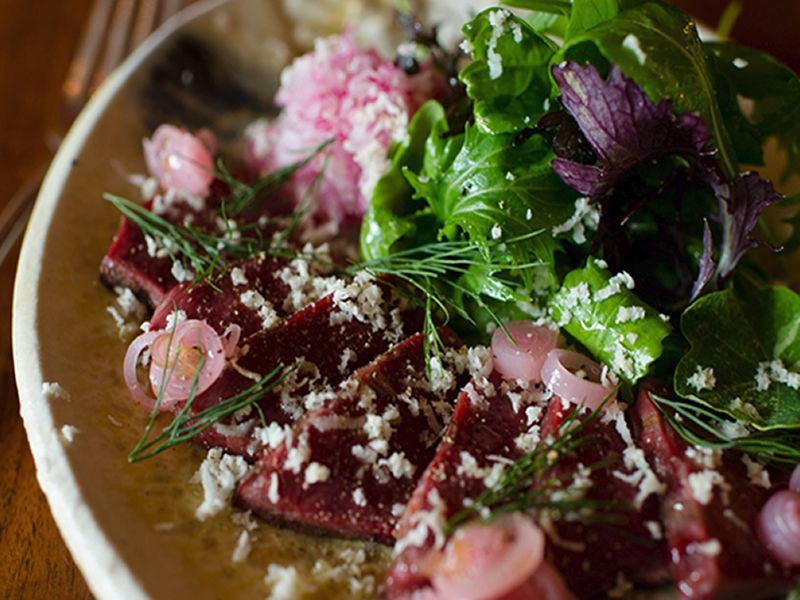 Combine these time-tested hearty dishes and strong drinks with a touch of cosmopolitan sophistication, a dash of cooking know-how, a variety of fresh products from San Francisco’s fertile land and modern-day kitchen gadgets and you’ve got a wealth of flavour-packed delectable dishes available to enjoy in some of the most stunning restaurants throughout the city today.

You’d be forgiven for drawing a complete blank when asked about popular local dishes produced in San Francisco. Whilst specialities which originate in the area are few and far between, each and every one of them is prepared and cooked with immense pride and love, making them a must-try when dining out in the city.

As well as the handful of genuinely local dishes, there is a great number of specialities which, although weren’t originally invented in San Francisco, certainly have strong roots in the city, usually connected to the ingredients or the inventors.

Cioppino
Despite its Mediterranean-sounding name, Cioppino was invented in San Francisco in the mid-nineteenth century. This cross Italian-American dish was developed by fishermen who had no better use for the leftovers from the day’s catch.

Excess seafood, such as clams, crabs, prawns, scallops, squid and mussels were all thrown together in a communal cooking pot after a rough day at sea alongside tomatoes, wine and herbs to create a tasty fish stew which today is often paired with toasted local sourdough bread.

Sourdough bread
Although it originated in Egypt sometime around 1500 BC, sourdough bread is very closely connected to San Francisco. During the time of the gold rush in 1849, Isidore Boudin – a French baker – set up the Boudin Bakery in the city where he baked loaves of the famous tangy bread with the deliciously crusty outer layer every day. Due to the timely connection between the miners and the bread, as well as its popularity amongst the workers, the miners became known as “sourdoughs”.

The Boudin Bakery is still open to this day and proudly sports the title of the oldest continuously running company in San Francisco. Not only is the business continuous, but the original bread recipe is, too – every loaf which comes out of the ovens at the Boudin Bakery contains a small part of the original sourdough starter which was created over 150 years ago.

It’s It
This unusually-named dessert began life back in 1928 at the hands of George Whitney, the owner of the seaside amusement park Playland at the Beach in San Francisco. Made up of a large wedge of vanilla ice cream sandwiched between two oatmeal cookies, all generously dipped in dark chocolate, this sweet treat wasn’t carefully thought out – in fact it was only created on a whim in order to attract customers.

For the next four decades, Playland was the only place in the world where you could get your hands on a genuine It’s It, before they became extinct when the amusement park was demolished in the 1970's. Due to popular demand, the frozen treat was re-created by George Mavros who began selling them in independent shops throughout the country. Today, there is an entire factory in Burlingame dedicated to producing It’s Its, which are now available in vanilla, chocolate, mint and cappuccino flavours throughout 15 states across the US.

Fortune cookies
As unlikely as it may sound, fortune cookies are an American invention, although who the real inventor was or which state they were first produced in is largely up for debate. In a pseudo-legal court in 1983, a genuine federal judge held a mock trial, declaring the first ever fortune cookie to have been made by Makoto Hagiwara – the landscape designer and manager behind the popular Japanese Tea Garden in Golden Gate Park.

The story goes that an anti-Japanese mayor fired Makoto from his job before he was later reinstated when a new mayor was elected. Makoto was so thankful to the new mayor and those who had stood by his side during his troublesome times that he invented a cookie in 1914 which held a thank you note inside. Makoto began dishing them out for free at the Japanese Tea Garden, before they were displayed at San Francisco’s World Fair in 1915.

Pisco Punch
Pisco Punch was San Francisco’s signature cocktail. Invented by Duncan Nicol in 1886 at the Bank Exchange and Billiard Saloon, the unique drink was based on Pisco – the very first distilled spirit created in the New World. In a Pisco Punch, the Peruvian brandy made from sweet grapes was combined with lime juice, pineapple juice, water, honey and acacia gum to create the knock out elixir which Rudyard Kipling and Mark Twain both famously enjoyed.

After prohibition laws forced the Bank Exchange and Billiard Saloon to close, the Pisco Punch became dormant. Shortly after, its inventor died, sadly taking the exact recipe with him to the grave.

Eat Drink SF
Spread over a weekend each year in August, the Eat Drink SF festival is one of the biggest and best food, wine and spirits festivals in San Francisco. Formerly known as SF Chefs, this foodie fair allows visitors to sample a wealth of tastes and flavours from the area’s very finest chefs, brewers, mixologists and wine experts.
More than 200 different breweries, distilleries, wineries, bars and restaurants set up stalls at the Eat Drink SF festival, providing foodies with an almost never-ending number of taste sensations. In addition to the culinary sampling, this fair also features cooking classes, demonstrations, food contests and parties, creating an energetic festival packed full of things to see and do. 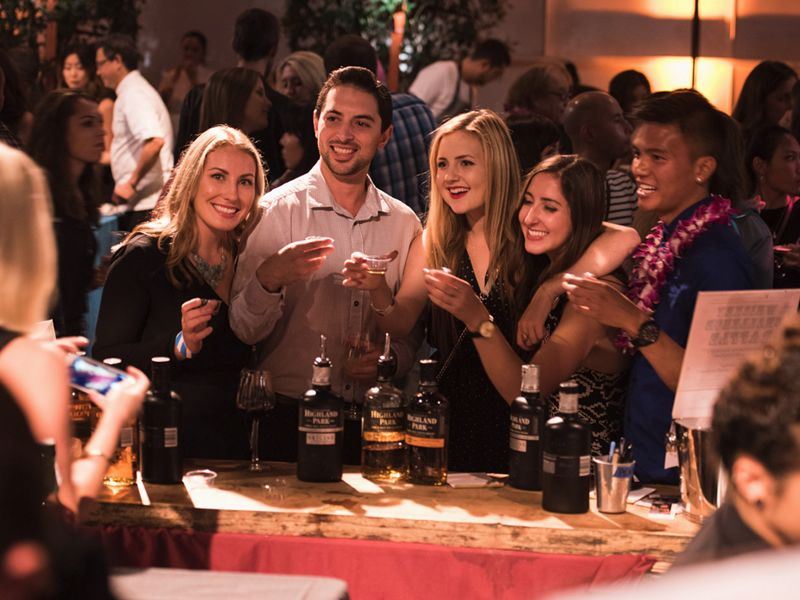 Uncorked Wine Festival
The annual Uncorked Wine Festival is held in Ghirardelli Square in San Francisco for one day only each May. Although the tickets are fairly pricey, the cost entitles you to numerous gastronomic benefits, including unlimited wine tastings for the entire duration of the event, as well as a souvenir wine glass to take home with you.
All visitors – whether or not they buy a ticket – can enjoy all sorts of free activities, including live entertainment provided by the Hard Rock Cafe, cooking demonstrations from local chefs and intriguing wine and chocolate lectures. If you’re not a fan of the “liquid lunch”, you’ll be pleased to hear that there is a small selection of local restaurants who set up temporary stalls on the day, offering a choice of snacks, as well as some of their most popular fare.

Whether you prefer a casual and relaxed dining experience or would rather something a bit more sophisticated and high-class, San Francisco is guaranteed to have the perfect restaurant for you. With cuisines ranging from local Californian dishes and other American fare to international specialities and fusion delicacies, the eateries in this sunny city will leave you spoilt for choice, whatever you’re in the mood for.

Rich Table
Highly regarded as one of the very finest restaurants in San Francisco by numerous online sources, the multiple award-winning Rich Table is sure to please. The passionate owners ensure the ingredients and dishes are kept as fresh and exciting as possible by frequently updating the menu – sometimes as much as changing it every night.

The eclectic menu boasts a creative selection of Californian cuisine, with unusual yet delicious flavour combinations, ingenious salad concepts and remarkable cocktails. Despite the ever-changing food collections, there are a few staples which are too popular not to feature on every menu makeover – namely the sardine chips and the porcini doughnuts. 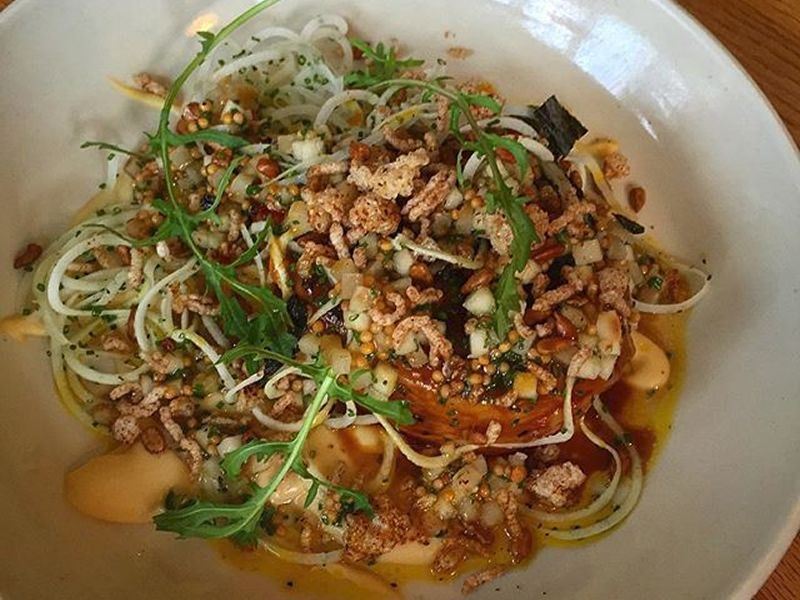 Frances
Even though many new restaurants have popped up throughout San Francisco since Frances first opened its doors to the public four years ago, this eatery remains just as popular as it was during its very first year, when it featured prominently on Bon Appetit’s Best New Restaurants list.

What makes Frances stand out from the competition is the entire experience – an evening at Frances is unlike any other. From the excellent service and seemingly effortless wine pairing to top quality ingredients and an approachable yet complex menu, Frances sees diners return time and time again for a chance to repeat the unparalleled dining affair. 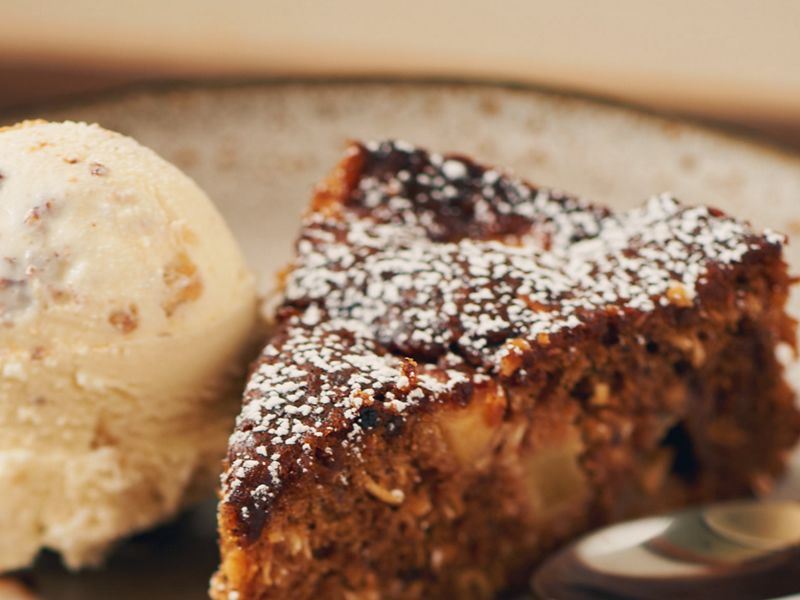 Aziza
With an ethnic menu that would outshine that of even the most sophisticated restaurants in North Africa, Aziza brings all the taste sensations and enticing aromas of Morocco directly to your table in San Francisco. Although you won’t find any belly dancers here, you will discover flavour-packed dishes, each of which is a winning combination of sophistication, soul and inspiration.

There is a comprehensive a la carte menu available, in addition to a wonderful tasting menu, perfect for diners who want to savour everything the award-winning restaurant has to offer. Whilst all the dishes are superb in their own right, some of the most popular include short ribs served alongside dates, mustard soubric and carrot jam, as well as mackerel accompanied with plum, spinach and turnip.

SPQR
San Francisco’s answer to a trendy top-end eatery in Milan, SPQR is an adventurous pasta-lover’s dream. Instead of a romantic and cosy Italian style, this restaurant offers a clean-cut contemporary design which ties in with the modern menu, chic atmosphere and refined service perfectly.

SPQR’s pastas are said to be some of the finest in the whole of San Francisco, whilst there are plenty of other Mediterranean-inspired delicacies boasting layer upon layer of flavour, for diners who aren’t pasta fanatics. After the awe-inspiring food, SPQR’s artful Italian wine selection is what draws many foodies to the establishment, with savvy servers happy to suggest a number of bottles to suit whichever dish you’ve chosen to devour.

Bar Tartine
Thanks to a clean and fresh menu which is updated every single day, you never have to eat the same meal twice at Bar Tartine – no matter how many times you visit. This restaurant is one of the few places in the city where you can sample local dishes from destinations across the globe, including delicacies from Japan, Denmark and Hungary.

The most appealing aspect of Bar Tartine is that almost 100% of the products are house-grown, house-fermented or house-made – including the bread, butter, cheese and specially-produced peppers. Although the drinks are bought in, Bar Tartine supports small local businesses by offering a tempting selection of small producer wines and choice beers. If you visit during the lunchtime service, you’ll have the opportunity to sample one of the most delicious sandwiches known in the foodie world – a meat dish similar to steak tartare served on house-baked sprouted rye bread known as smørrebrød.