Top 10 things to do in Miami

As soon as you mention Miami to most people of a certain age then Jan Hammer’s signature tune bounds into their mind accompanied by images of alligators, airboats and glamorous bikini-clad women.

Of course, this sort of 80’s nostalgia still has its place in contemporary Miami, although most visitors are more inclined towards art deco architecture and Latin American cuisine as opposed to Crocket & Tubbs.

With a tropical climate, well known for its monsoons, Miami boasts some particularly warm winters which make it a big draw for older folk however, if you check out the top 10 things to do in Miami list below, you’ll find there are plenty of things to do even if you’re not a fan of side-shield sunglasses and light linen slacks. 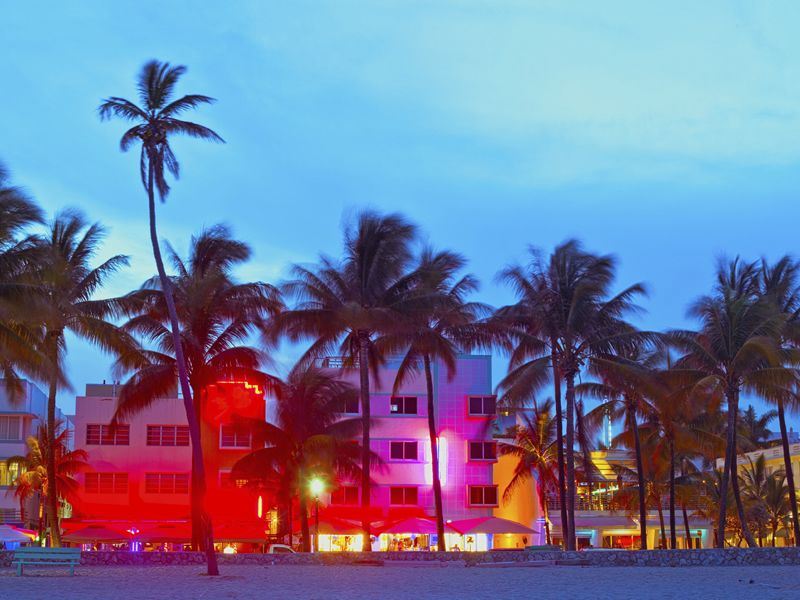 As you might expect from the name, this neighbourhood is home to many Cuban nationals and as such you’ll find a wide range of museums and memorials celebrating everything from the Bay of Pigs to hand-rolled cigars. The Calle Ocho area, aka 8th Street, is well-known for its massive street party that takes place every March and promises everything from street food to Latin American superstars which all go to make it the biggest festival of its kind in the whole of America. Top tip: check out the Versailles restaurant if you’re looking for great food amongst a little slice of Cuban history. 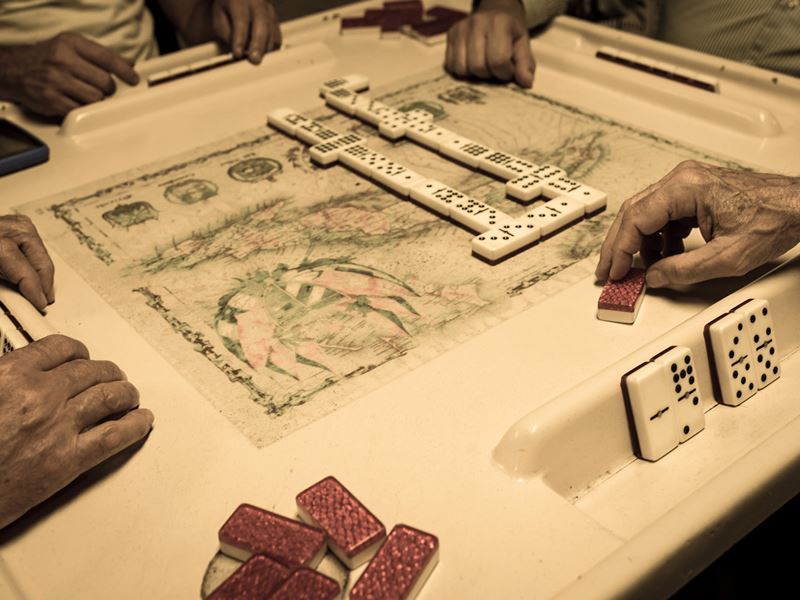 As one of the United States’ first free-range zoos, we love that this sub-tropical zoo is entirely cageless, giving the animals plenty of space to roam, and making it easier for you to see them, too. We’d recommend renting a Safari Cycle to pedal around the zoo, and taking part in one of the exciting animals feeds – whether you choose to feed lettuce to a giraffe, feed a colourful parrot, or get up close to a rhino, it’ll be an experience you won’t forget in a hurry. 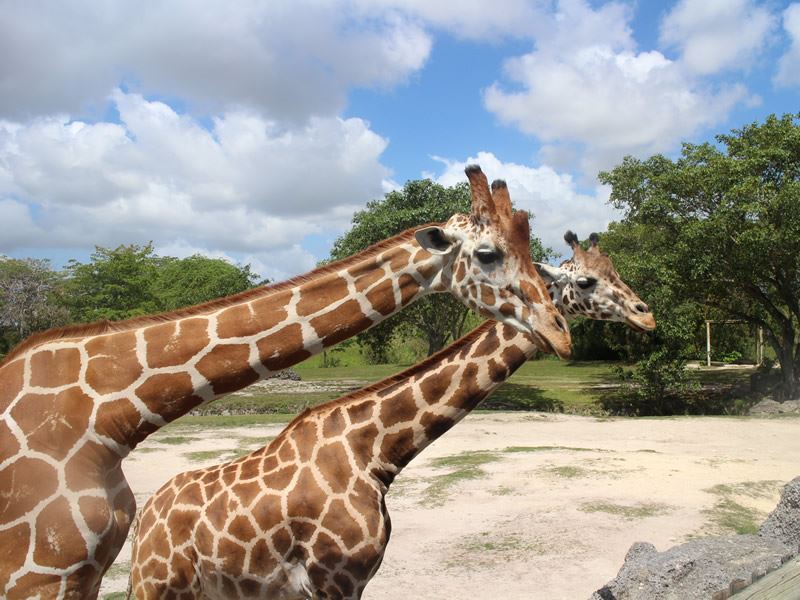 If you’re really going to get into the spirit of things whilst visiting Miami then dining out in one of the city’s classic restaurants is totally the way to go. Local favourites, such as: Tobacco Road, Joe’s Stone Crabs and Shorty’s Bar-b-q all offer an authentic south Florida experience as well as some genuinely delicious grub. Whatever food you’re looking for Miami’s got the lot and from classic American burgers and steak grills to authentic Cuban and Latin American fare, one thing’s for sure, you’re not going to go hungry. 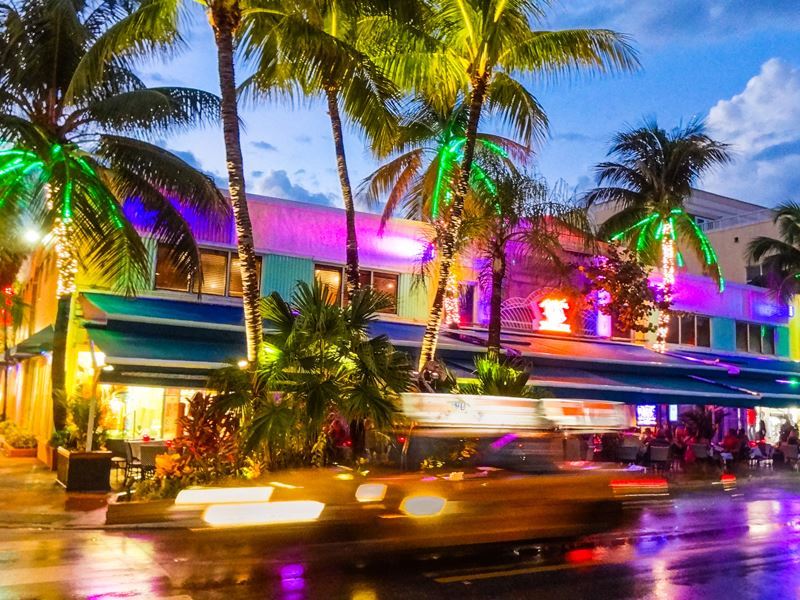 Located just to the south of Little Haiti and Buena Vista districts, this area of midtown Miami features warehouses and industrial buildings that have been converted into galleries, restaurants, boutiques, antique houses and cafes which makes it a haven for anyone interested in art and design. With over 130 art exhibitions on display this is a great area if you fancy a good old browse and on the second Saturday of the month there’s an open-house event in the evening which features live music and artisan refreshments. 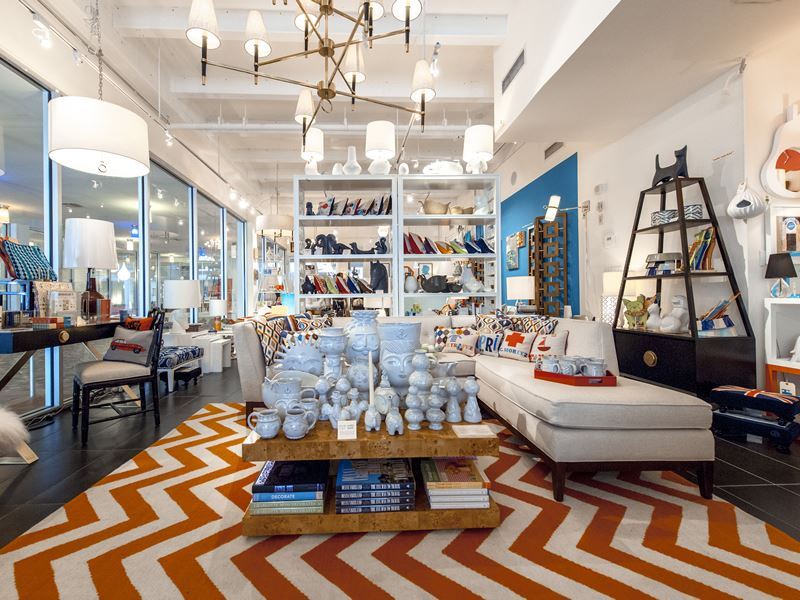 Back in the day Dan Marino was pretty much a global household name and the 1985 Super Bowl game against the San Francisco 49ers was billed as the battle of the quarterbacks with his counterpart Joe Montana just stealing the glory as well as the crown of MVP. If you want to find out more about the Dolphins or even see a live game then Sun Life Stadium, in Miami Gardens, is the place to be. 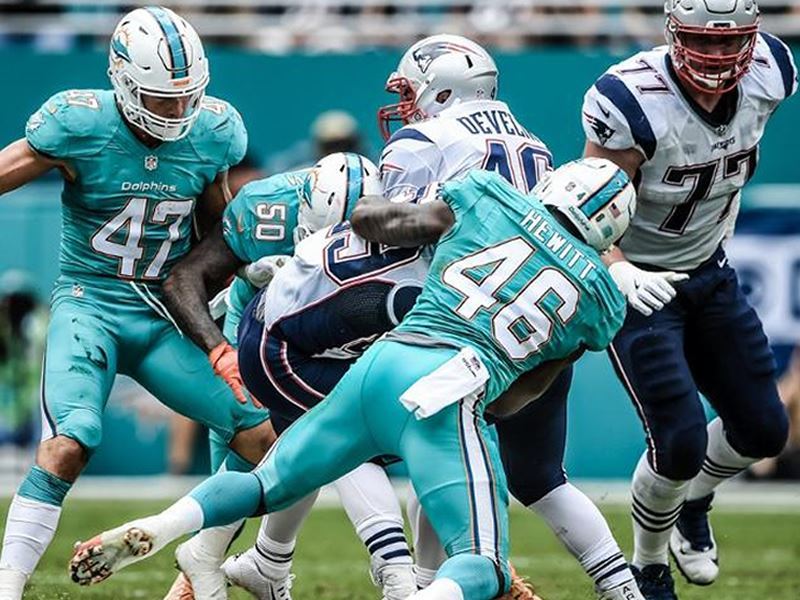 If you’re looking for a little bit of contemporary culture then check out the Pérez Art Museum Miami which is located in the downtown district and is regarded as a great proponent of fine and modern art. Permanent collections include pieces by: Joseph Cornell, Frank Stella and Kiki Smith with everything from performance art to commissioned works making up what promises to be an intellectually stimulating and creative experience never to be forgotten. Word to the wise: The MAM is closed on Mondays and admission is free every second Saturday. 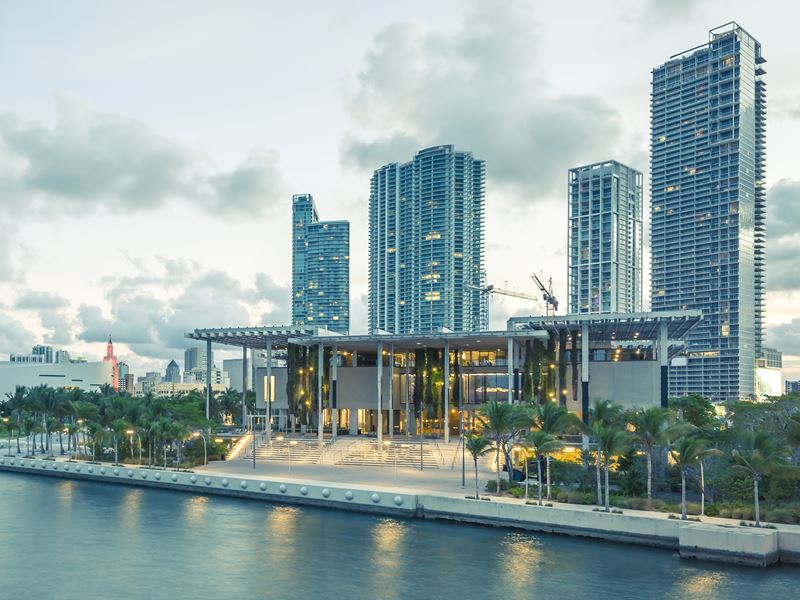 Situated in Biscayne Bay, and only connected to the mainland via the Rickenbacker Causeway, Virginia Key is a barrier island that’s home to Florida’s largest mangrove wetland area as well as several historic landmarks, including: a bathhouse, concession stand and a carousel house. Aside from the beach and the bay area, that’s popular with windsurfers and sail boaters, Virginia Key is a great option for mountain bikers and you’ll find plenty of single tracks and split trails to keep you happy and healthy in the Florida sunshine. 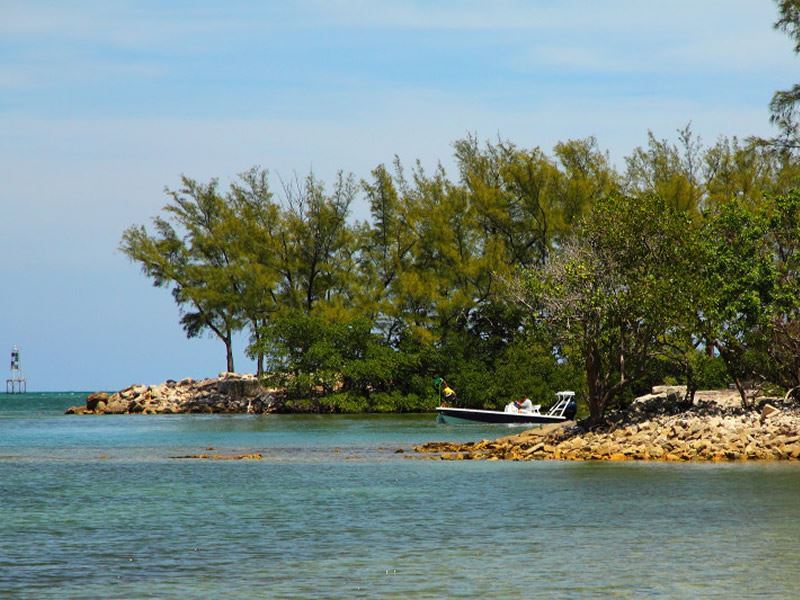 As the lights begin to twinkle and the sun begins to set, the young and the beautiful of Miami emerge from their sun loungers and apartment blocks to make the most of the city’s awesome nightlife. Clubbing in Miami is much more than an evening out, it’s a way of life, and if you really want to party then head to Miami Beach where you’ll find: Baoli, Mokai Lounge, LIV and E11EVEN all ready and waiting to make your acquaintance. 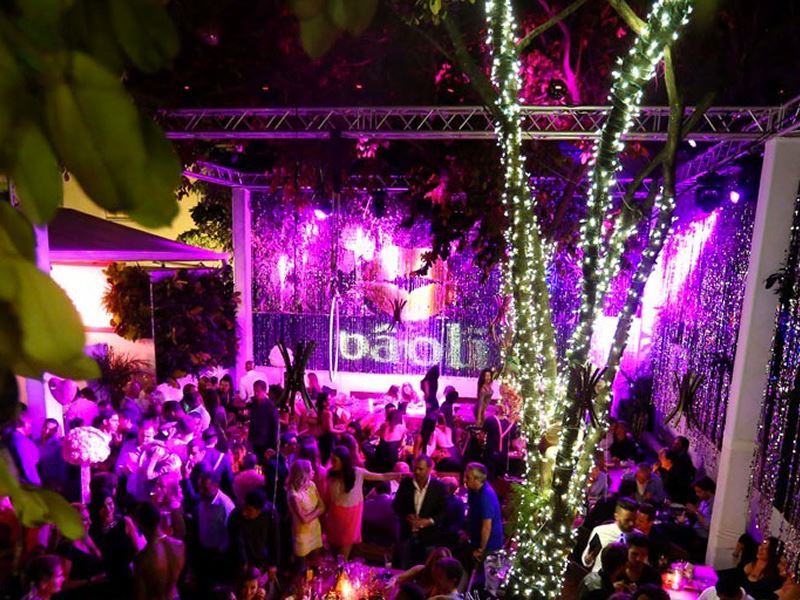 The architecture of Miami has long been associated with art-deco and you’ll find plenty of examples, especially around the Miami Beach district, which have been placed on the country’s register for historic places. Many of the hotels and apartment blocks, that date back to the 20’s and the 40’s, have been restored to their former glory and if you’re hoping to learn a little more about the style and the connection to Miami then check out the art deco museum on Ocean Drive. 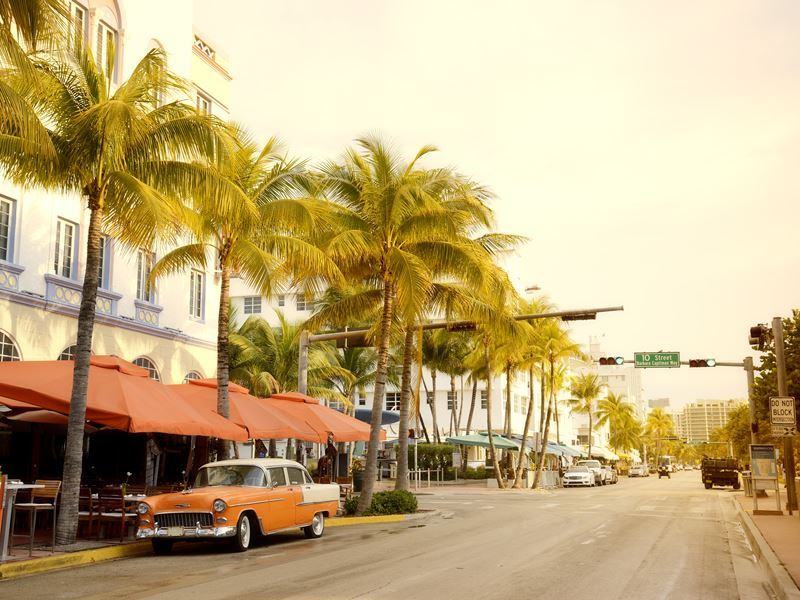 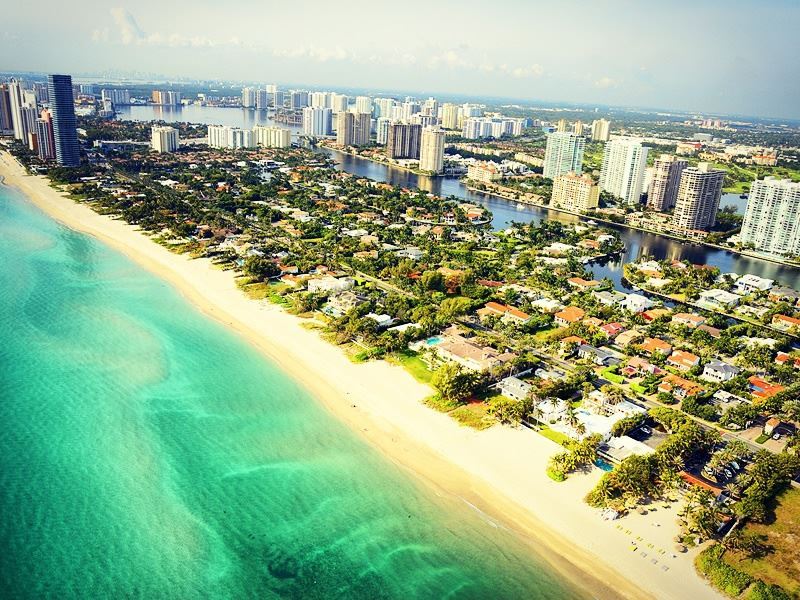