An exhilarating run down a black-diamond trail...A surge of pride as your toddler takes on the bunny hill for the first time...A storybook theme park...A gravity-defying train...A bear show that's enthralled road-trippers for nearly seven decades...A family-friendly grand hotel that appears transplanted from the Swiss Alps … A plush room for two at an inn co-owned by a justice of the peace who'll gladly preside as you tie the knot. In New Hampshire, the White Mountains are the stunning backdrop for countless dreams come true. 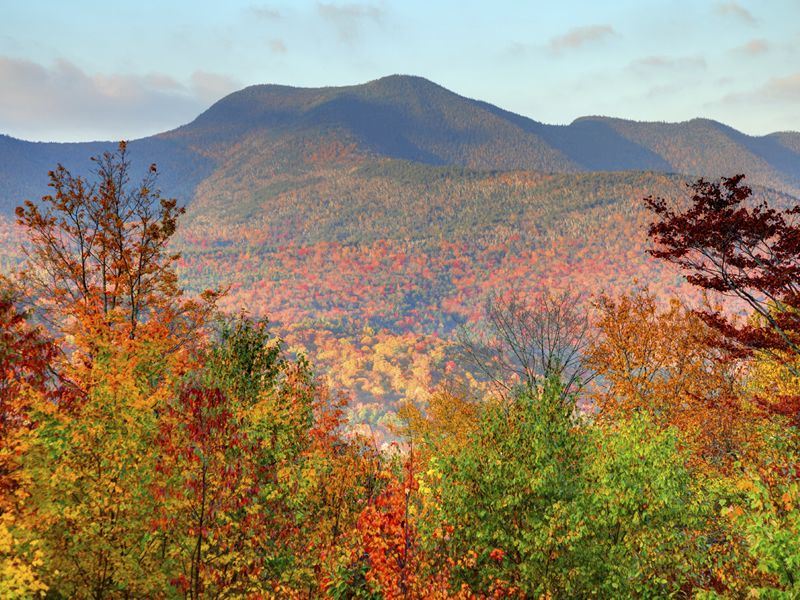 Most of New Hampshire's 48 peaks that exceed 4,000 feet are in the White Mountains Region, and those who endeavour to climb them all are called "peak baggers." But you don't have to take a single uphill step to experience your own pinnacle moments in this alluring part of the state.

Not a downhill skier? Crunch through majestic White Mountain National Forest on snowshoes…Let Northern Extremes Snowmobiling guide you to views on your own sleek snow-cruising machine … Or take a lesson at Jackson X-C Ski School, then set out to explore 100 miles of cross-country trails winding through this quintessential New England village. Not up for a hut-to-hut hike in the Presidential Range? Equally unforgettable adventures await on short strolls to waterfalls, on high-flying ziplines, or even on heart-pounding car rides. Ask anyone: The Kancamagus Highway, which cuts a dramatic path through 800,000-acre White Mountain National Forest, is the most breathtaking drive in all of New England, particularly when the fall foliage is blazing. And you can even reach the tippy-top of New England—the 6,288-foot summit of Mount Washington - in your own vehicle or aboard the mountain-climbing Cog Railway, which remains a marvel nearly 150 years after its first ascent.

The White Mountains Region is also a land of laid-back pursuits. Peruse the menu of spa treatments at the Mountain View Grand Resort, a resurrected historic hotel in Whitefield. And just a hop and a skip away in Littleton, your favourite childhood treats are among the sweets displayed at Chutters, home of the Guinness-certified longest candy counter in the world.

Sip fresh beer at one of our craft breweries. Make children's eyes light up at Story Land, Santa's Village, Polar Caves Park, and other family attractions. Make a splash at water parks indoors and out. Learn how sap becomes syrup as winter yields to spring. Photograph the purple lupines that carpet New Hampshire roadsides in June, or the pumpkin people who invade Jackson as Halloween looms.

And if your idea of "peak bagging" is filling shopping bags with designer deals, the White Mountains will delight you, too. North Conway is home to dozens of outlet stores, and sales-tax-free New Hampshire is your place to score more for your shopping dollars.

More information and to book: Whether you long for a challenge or prefer to coast (yes, we have mountain coasters, too!), New Hampshire's White Mountains Region is tops for holiday memories that endure.