Savannah is well-known for being Georgia’s oldest city, bringing with it a wealth of historical and cultural lures. With a recorded history spanning from 1733, the streets of Savannah tell a thousand stories, adding to the metropolis’ undeniable charm.

Whether you’re interested in World War II aircrafts, historical architecture, African American art or Girl Scout cookies, Savannah is a hub of interesting cultural attractions that will give you an appreciation of the city’s rich history. Here are our top 10 cultural experiences in Savannah for those hoping to transport back in time and discover what makes this city such a beacon of history. 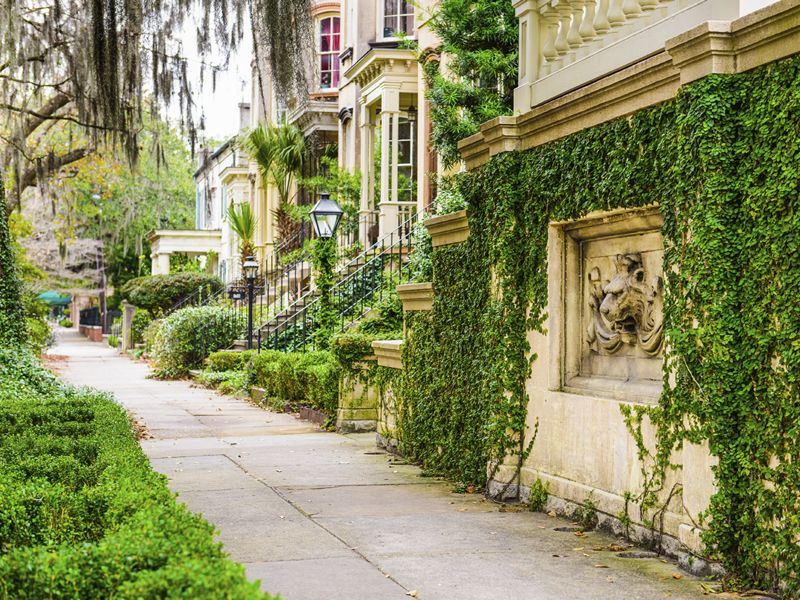 What: Savannah’s first National Historic Landmark since 1965, Juliette Gordon Low’s birthplace should be the top of every culture-junkies list. Juliette was the founder of the Girl Scout’s in 1912, and is still owned and operated by the Girl Scouts as a memorial and program centre. Everyone knows and loves the quintessential American Girl Scouts cookies, and this is a great insight into how it all begun.

Highlights: If you’ve ever wondered about the history of the infamous Girl Scouts, then the guided tours here will certainly interest you. Filled with Juliette’s artwork, the first Girl Guide register, uniforms and accessories from over the years and the founder’s diary, there’s lots to see here, making the museum popular with Girl Scouts all over America. 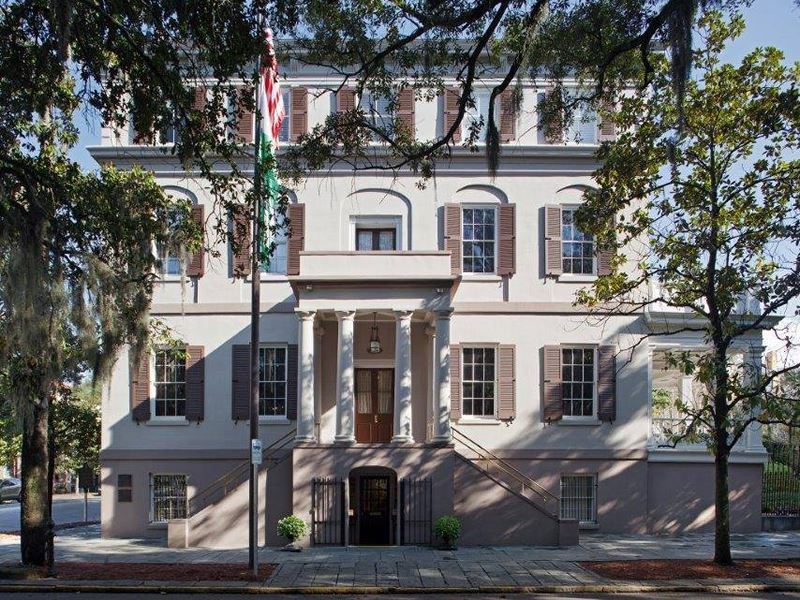 What: Built between 1815 and 1820, Davenport House is Savannah’s most exceptional example of Federal architecture. There’s a fascinating history behind this building too – so much so, that when it was proposed to have the house demolished in 1955, individuals instead came together to create the Historic Savannah Foundation, keeping buildings with notable historical significance standing. Now, the house is a museum featuring Davenport china and period decorative arts.

Highlights: The standard guided tours here offer a great insight into the house’s past, but a customised tour is the best way to focus on something that really interests you, including tours touching on clothing and fashion in the early 19th century, or end-of-year holiday celebrations over the years. 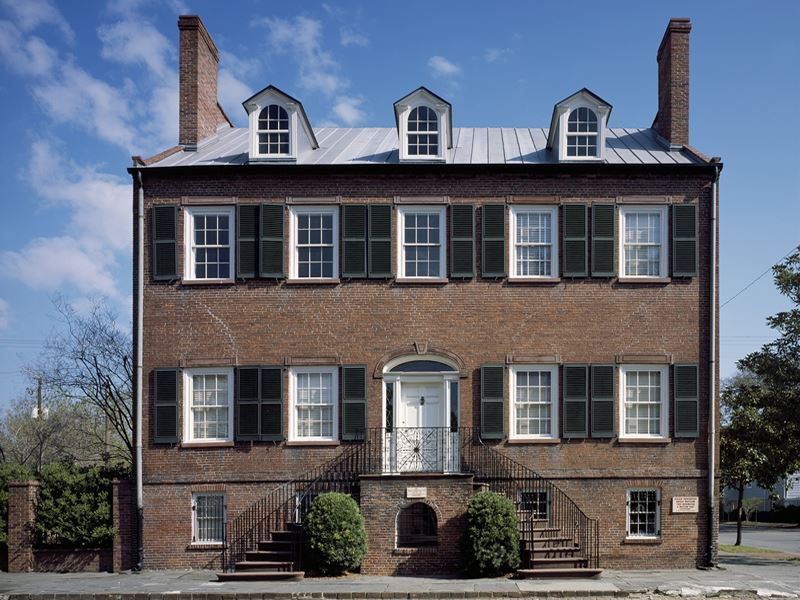 What: Georgia’s oldest school for African Americans, the Beach Institute is an interesting cultural attraction that is considered to be one of the jewels of Savannah. Though it closed as a school in 1919, this quaint building is now an award-winning cultural centre host to incredible African American art exhibitions, celebrating some of the best national artists.

Highlights: There are plenty of fantastic exhibitions to discover, including that of Ulysses Davis, a notorious native Savannah wood carver best known for his mahogany busts of American presidents, as well as Martin Luther King and other civil rights era leaders. 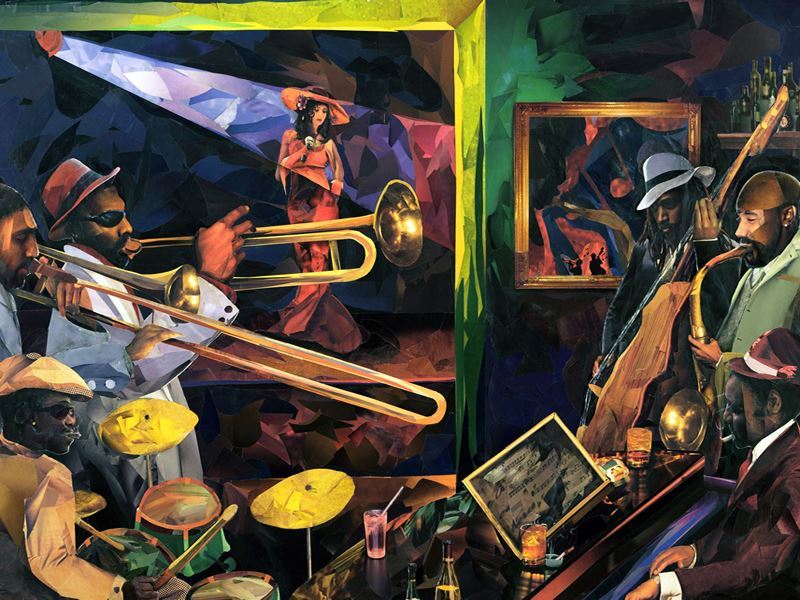 The Ships of the Sea Museum

What: Those with a penchant for nautical history will relish an afternoon spent at this maritime museum. Once the house of William Scarborough (a merchant prince and one of the principal investors of the first steam vessel to cross the Atlantic, S.S. Savannah), the museum is now the proud home of an expansive collection of ship models, artefacts and memorabilia.

Highlights: After exploring the history of America’s ships, head out onto dry land and discover the beautiful gardens. A popular place for meditating and a hit with avid gardeners, this is a soothing and peaceful spot to discuss everything you’ve learnt in the museum. 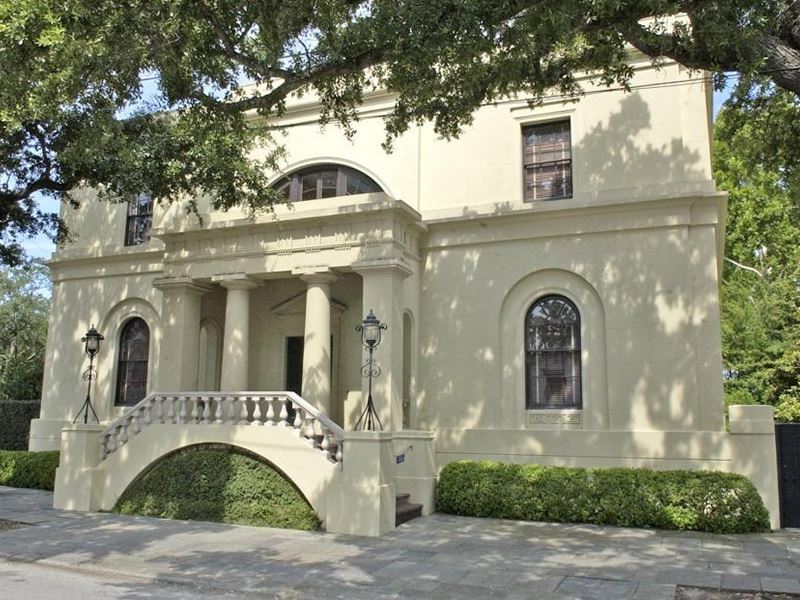 What: An increasingly popular theatre since 1818, watching a brilliant, heart-warming show in a venue so full of history would be a fun and different way to spend an evening in Savannah. The oldest continuously operating theatre in America, this is definitely a memorable cultural attraction for theatre lovers who want bragging rights when they get home.

Highlights: The first show to ever be produced here was the wicked comedy A Soldier’s Daughter. Though that particular show isn’t produced anymore, the theatre still offers a lively list of fun musicals and comedies. The list changes a few times during the year too, so you’ll never have to see the same show twice. 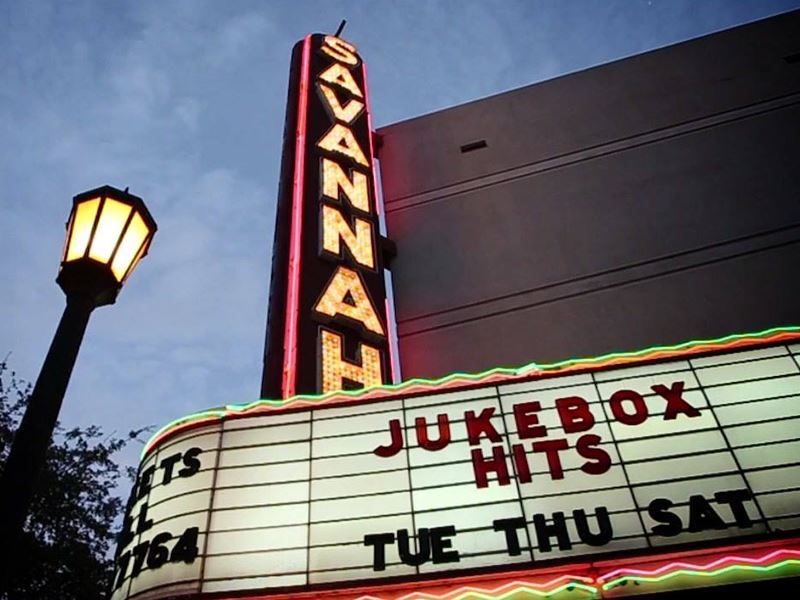 Jepson Center for the Arts

What: Nestled within Jepson Center's seriously impressive building is over 7,500sqft of gallery space, featuring amazing rotating exhibitions which showcase some of Georgia’s most notable artists. With two expansive galleries for travelling exhibitions and an eclectic mix of African-American Art, Southern art and photography, you could easily spend a whole afternoon here.

Highlights: The centre’s architecture is a work of art, let alone the brilliant galleries inside. Pristine white Portuguese stones adorn the two separate structures, which are connected by glass bridges, and the atrium’s glass ceiling makes it a beautiful spot to eat lunch as the sun shines through. 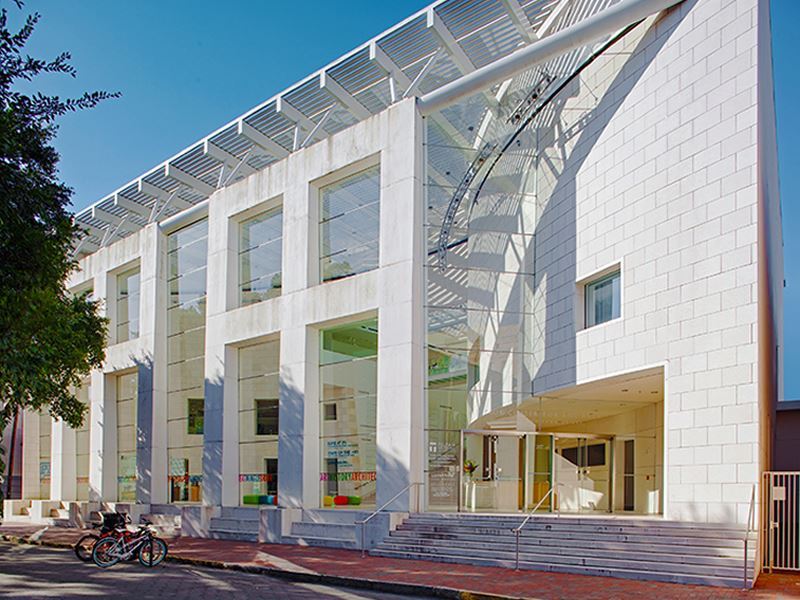 The Cathedral of St John the Baptist

What: We’re certain this incredible cathedral will take your breath away. Built between 1873 and 1876, this is an impressive example of Savannah’s French Gothic architecture, with fabulous European décor and design. The Mother Church of the Roman Catholic Diocese of Savannah is one of the city’s most breath taking cultural attractions, both architecturally, and internally. 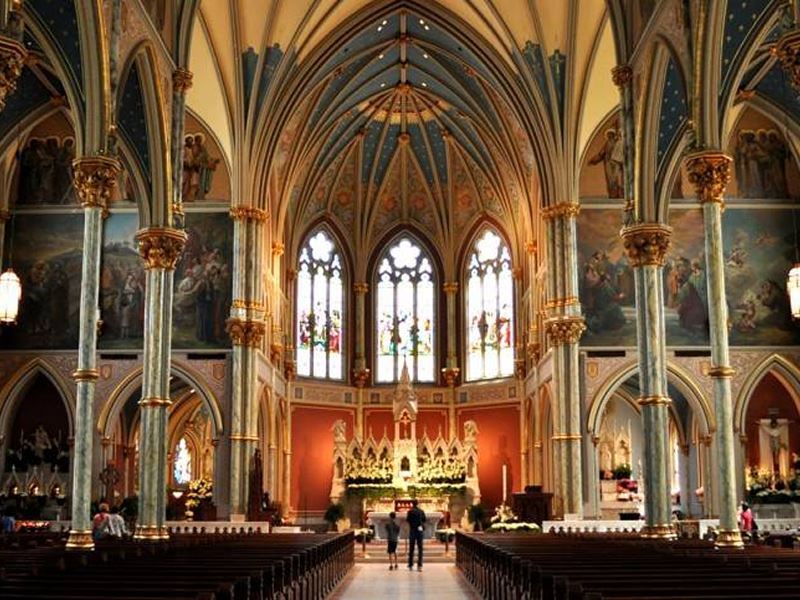 What: Railway enthusiasts will surely love to tick the oldest and most complete antebellum railroad manufacturing facility in the United States off their list. This fascinating museum consists of 13 structures, seven of which hold great permanent exhibits, including huge collections of historic railcars, railroad rolling stock, and steam engines. Hours could be spent travelling back in time to see the history of the facility.

Highlights: A somewhat unique way to explore a museum, no one could resist exploring the centre on board a historic steam or diesel train, slowly taking you on a great guided tour of the site. 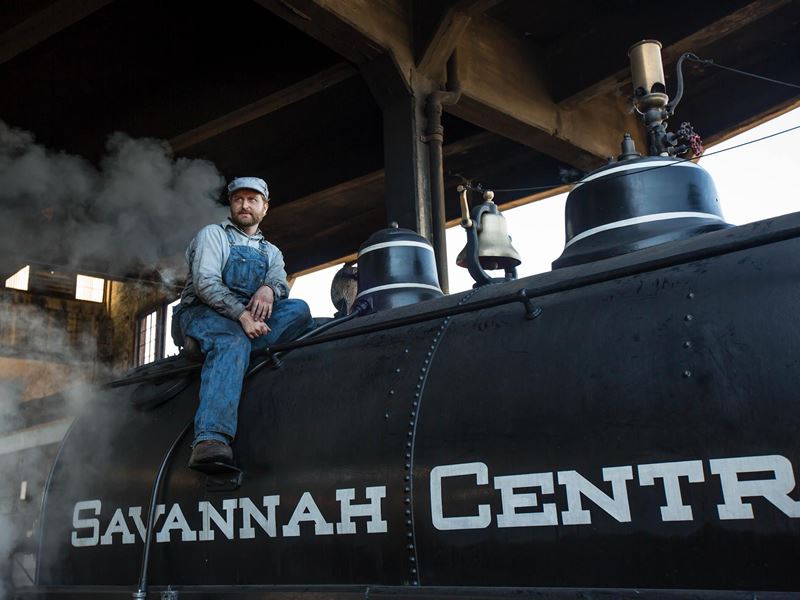 What: A part of the Telfair Museums complex, this historical art gallery was once a mansion built in 1818 by William Jay, and now showcases a plethora of American and European artwork, as well as two 19th century period rooms and some of the original family furnishings. Paintings, sculptures, works on paper…those who love the arts will enjoy a wander through this historical mansion.

Highlights: Visiting the old mansion and seeing how the Governors once lived is interesting enough, but the permanent collections are seriously impressive too. American Impressionism and Aschan School Realism are the forefront of this eclectic assortment, including paintings by Robert Henri, George Luks and Childe Hassam. 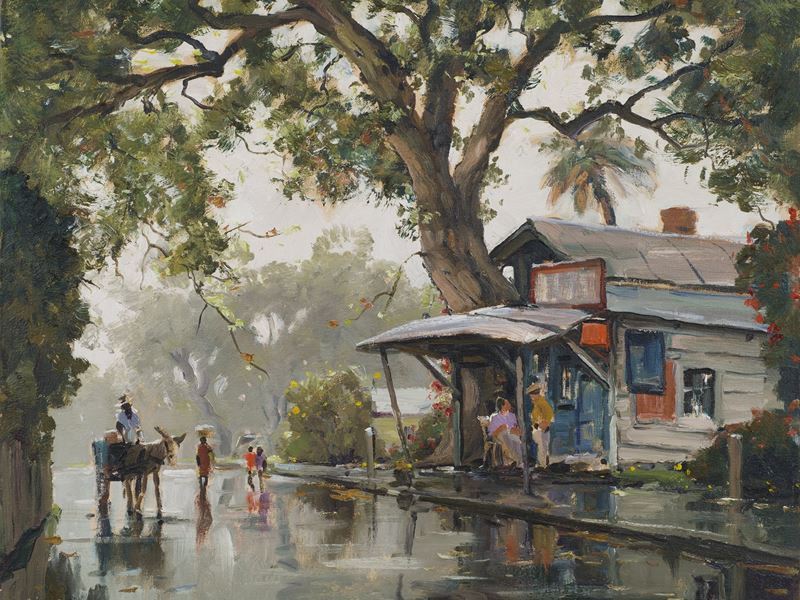 What: How better to commemorate the men and women working in the Eighth Air Force from World War II to now than with an amazing museum honouring their hard work and courage? This massive 95,000sft site is host to a museum, a library, displays, archives, a bookstore, a gift shop and static aircrafts, offering lots of inventive and interesting ways to learn more about the strength and character displayed by the air force.

Highlights: Perhaps the most impressive exhibition here is the one full of awesome aircrafts, including a B-17 Flying Fortress bomber which you can watch being restored, a F-4 Phantom II from the Cold War era, and a model of a Messerschmitt Bf 109G fighter. 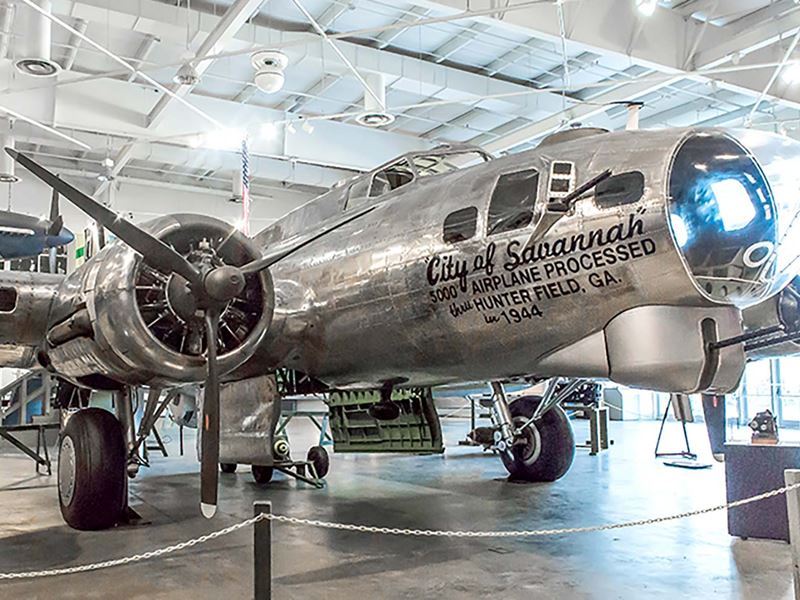