It’s the place where dreams come true. Imagine six fantastic Disney Parks, two exciting night-time entertainment districts, and a state-of-the-art sports complex. Now add in over 20 themed Resort Hotels, plus countless opportunities for dining, shopping and recreation, and it’s easy to see why Walt Disney World Resort is the number one holiday destination in the world.

Whether you’re looking for beloved Disney Characters, thrilling attractions, splashing good Water Parks or even a relaxing beach or two, Walt Disney World has it all. Meet Mickey. Ride a magic carpet through Agrabah. Get right in the middle of your favourite toons with outrageous, in-your-face 3D. Plunge down a waterfall. Travel through time, space and under the sea. Golf from dawn ‘til dusk on pro courses. Water ski on private, pristine lakes. Shop ‘til you drop. Be dazzled by spectacular, world-class entertainment. Savour delectable dining at award-winning restaurants. The possibilities are virtually endless.

And with so much to explore, there’s only one ticket that lets you play Disney your way: Disney’s Ultimate Ticket. Exclusively designed for UK guests visiting Walt Disney World Resort in Florida, this ticket means you can come and go as you please to all six Parks and more at one amazing price. It’s the only ticket you need.
With something for everyone, it’s no wonder Walt Disney World is the holiday of your dreams. And come true they do – just like magic.

Don't forget to pre-book your Disney Ultimate Tickets with American Sky before you leave home! 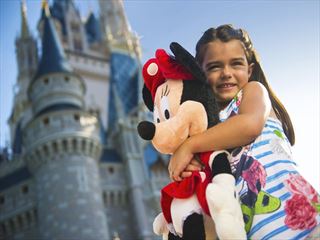 Wonder and fantasy await, in over 40 magical attractions bursting with exciting adventures and timeless fairy tale classics. It's the one – and only – place where once upon a time is now, and make-believe is real enough to touch.
DON’T MISS!
•    Fun for little ones – Buzz Lightyear’s Space Ranger Spin (inspired by Disney•Pixar’s ‘Toy Story’): travel to infinity and beyond to save the toy universe
•    Big thrills – Space Mountain: high speed rollercoaster journey to the darkest reaches of the universe
•    Family fun – Pirates of the Caribbean: yo ho, yo ho… join Captain Jack and the crew of this classic attraction 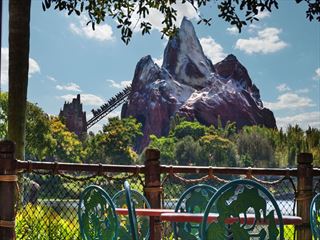 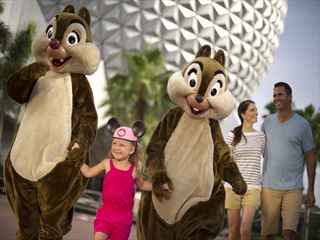 High tech fun and Disney imagination combine with the wonder of diverse cultures in Future World (witness the wonders of tomorrow, today) and World Showcase (visit 11 countries in one day). Both promise thrills and excitement in over 30 amazing attractions.
•    Fun for little ones – The Seas with Nemo & Friends (inspired by Disney•Pixar’s ‘Finding Nemo’): see what happened to Nemo after the movie
•    Big thrills – Mission: SPACE: blast into the most thrilling ride ever
•    Family fun – Disney’s Kim Possible World Showcase Adventure: high-tech quest based on Disney Channel’s Emmy Award winning series 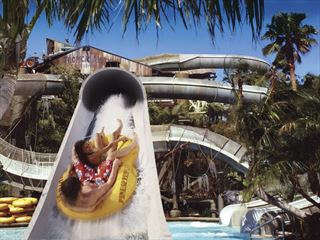 Go against the tide at Disney’s Typhoon Lagoon Water Park. It blows other water parks away! ’Cause after the storm of storms blew through, it left this tropical paradise full of twisting slides, sandy beaches and the largest inland wave pool around in its wake. Come thrill out on the churning, turning Crush ’n’ Gusher water coaster, chill out on the beach, visit a shark reef or cruise a creek. At least to start out with! You’ll also find slides, rides and bubbling jets for the little ones at Ketchakiddee Creek. 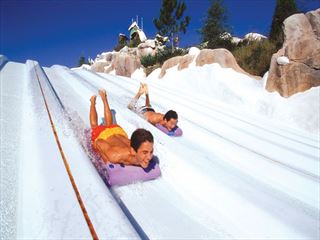 Disney’s Blizzard Beach Water Park is the polar opposite of other water parks…a melted ski resort in the middle of Florida! From bunny slopes to black diamonds, this place is packed with downhill thrills and plenty of ways to cold chill. So come zip down the 120-foot-tall Summit Plummet waterslide, tackle a fast-paced tube run, take on the Teamboat Springs family raft ride or enjoy a leisurely float along a creek. And little ones can have big fun at Tike’s Peak––a special play area full of scaled-down, kid-size slides, rides and water jets.

Water Parks subject to closure for refurbishment, as well as seasonal and weather closures.