Top 10 things to do in St Pete Clearwater

It’s all blissful white sands, cultural riches, sporting thrills, beachfront dining and postcard-perfect pink sunsets in the twin cities of St Pete and Clearwater - both of which are set on a sun-drenched peninsula separating the Gulf of Mexico from Tampa Bay. We check the 10 best things to do in these two much-heralded coastal communities. 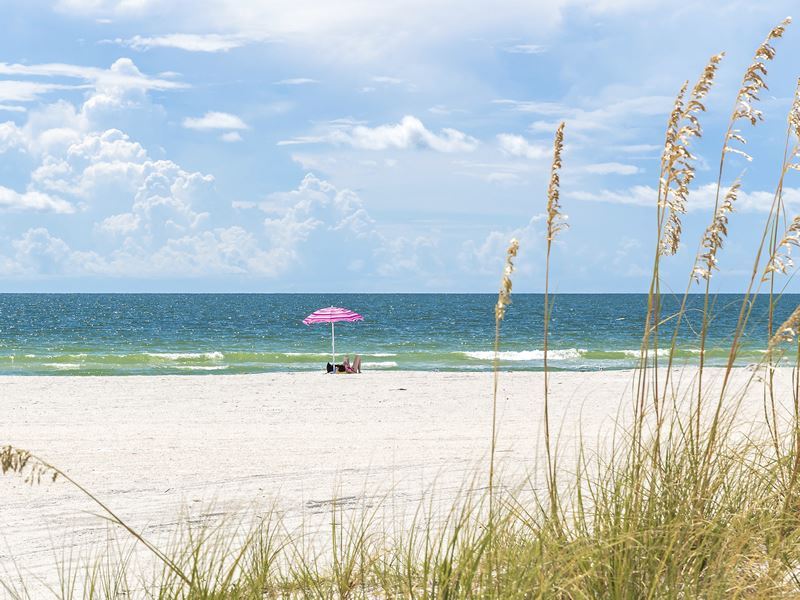 Celebrate the sunset at the iconic Pier 60

Watching the sun drop into the ocean as daylight turns to dusk is a huge deal at Pier 60 - the 1,080-foot fishing pier set right in the middle of Clearwater Beach. There’s a bait house for fishing gear (you can rent a rod and spend the whole day fishing for less than $20, no licence required) as well as telescopes, six covered pavilions, loos, snack outlets, and a kids’ playground kitted out with swings, slides, monkey bars, and one of the world’s largest sandboxes. Most legendary, though, is Sunsets at Pier 60 - a nightly ritual that celebrates Mother Nature’s end-of-day silhouettes from around 6pm to 9pm. Aim to arrive here a couple of hours prior to sunset (around 4pm) when the place packs out with jugglers, performers, buskers, artists, magicians, and even the odd fire eater and stilt walker. Equally worth a peek is the Pier 60 Sugar Sand Festival - an annual 10-day event in mid-April when eye-poppingly brilliant sugar sand sculptures by professional sand artists are on display in a 21,000-square-foot exhibition tent. 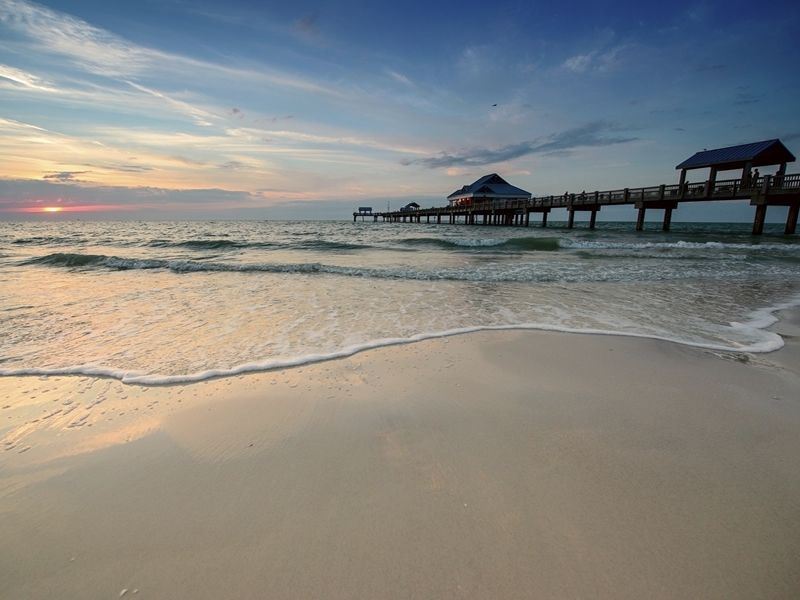 Be wowed by the flora and fauna at Sunken Gardens

Green-fingered types will adore Sunken Gardens - the four-acre botanical paradise in the heart of St Pete that was purchased in 1903 by local plumber George Turner (he bought the land to sell fruit from his garden and by the early 1920’s was charging a nickel for tours). Nowadays, this century-old lush oasis thrills gardenistas with more than 50,000 tropical and exotic plants and flowers (caladium, Brazilian spider flowers, white birds of paradise, glory bower, blue ginger) as well as some of the region’s oldest fauna and flora. There’s also gorgeous meandering paths, lovely flamingo and lily ponds, cascading waterfalls, a walk-through aviary and butterfly garden, and all sorts of garden tours, and horticultural programs. Most popular are the fitness classes (mostly yoga and hoop dancing) and the year-long schedule of special events - a regular biggie is the Orchard Festival that takes place in April. The garden opens from 10am to 4:30pm Monday to Saturday, and from noon until 4:30pm on Sunday. 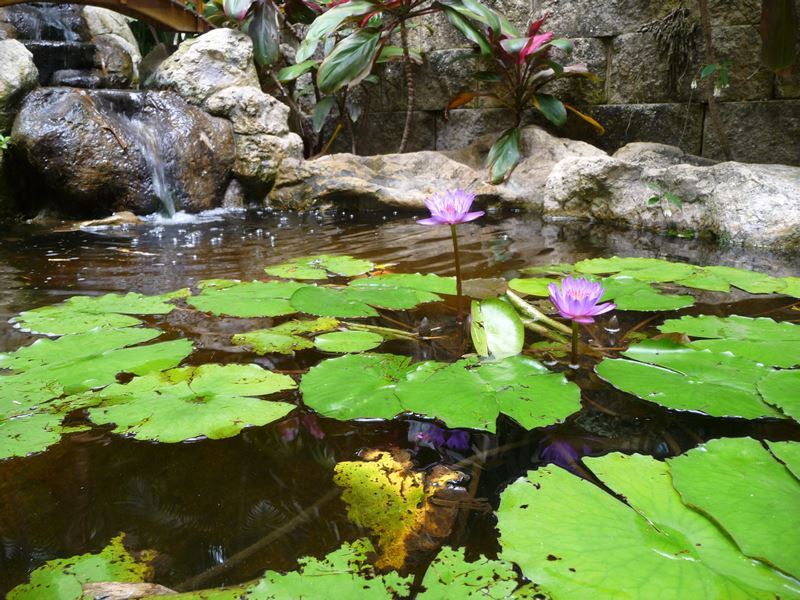 For those keen to expand their gastronomic horizons, the eclectic and rather glam food scene in St Pete Clearwater is resolutely good; think deep seafood-leaning menus, delicious burgers washed down with locally-made craft beers, and a deeper foray into ethnic cuisines like Ethiopian, Moroccan and Latino. Most crucially, the prices aren’t over-the-top ridiculous and the vibe is so laid-back that even the swankiest of dining spots will allow flip-flops and jeans. If you want high-end eats, there’s Island Way Grill for memorable Sunday brunch buffets, Sandbar for tropical cocktails and designed-for-sharing plates, and Caretta on the Gulf for carefully-sourced and sophisticated New American cuisine. More wallet-friendly staples include Frenchy's for their cooked-anyway-you-like seafood, Woody's Waterfront Restaurant for their signature Famous Fish Dinner, Billy's Stone Crab Restaurant for their fresh grouper, stone crab, native seafood and lobster specialities, and Crabby Bill's for their blue cheese baked oysters and top neck clams. 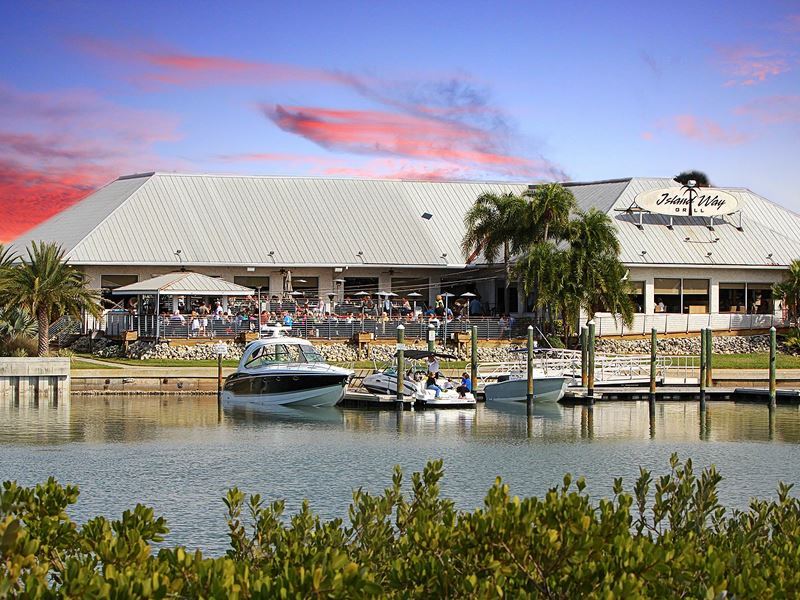 Get tickets for a high-profile sporting event

Given the weather, there’s endless year-round sporting thrills; from St Pete’s week-long Firestone Grand Prix in spring and the Super Boat National Championship & Festival off Clearwater Beach in September, to the Outback Bowl that kicks off its college football fixtures in December. There’s also two seasons of soccer played by the USL Tampa Bay Rowdies at select times during the year, and a rather famous PGA tour championship that lures in all the golfing greats. But it’s baseball that gets all the love, not least for the fact that this area hosts Spring Training for the Philadelphia Phillies in Clearwater, the Toronto Blue Jays in Dunedin, and the New York Yankees in nearby Tampa. And the ballparks are just as impressive; especially Spectrum Field for its Spanish Mediterranean exterior and fountain plaza landscaped with palm trees and the 1.1-million-square-feet Tropicana Fields that’s home to baseball team Tampa Bay Rays as well as a huge 25-feet, 10,000-gallon tank filled with free-to-touch cownose rays.

Keep your scores low and spirits high on the fairways 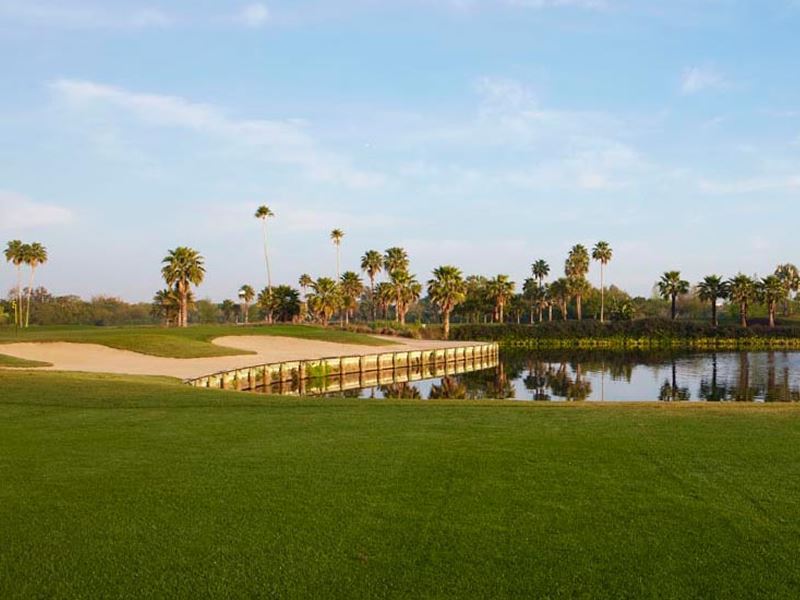 Send an afternoon at the $36 million Salvador Dalí Museum

It’s not just the surrealist masterpieces that draw art lovers to this three-story museum along St Pete’s picturesque waterfront. Opened in 2011 with plenty of fanfare, the avant-garde building is worth the visit alone; think 66,450-square-feet of 1,062 undulating faceted glass panes, lashings of steel, and 18-inch-walls that can withstand a Category 5 hurricane. Inside, you’ll find 96 Dalí paintings in a collection that’s the largest outside Europe. These include Daddy Longlegs of the Evening-Hope!, Gala Contemplating the Mediterranean Sea Which at Twenty Meters Becomes the Portrait of Abraham Lincoln (Homage to Rothko), The Hallucinogenic Toreador, and Infancy (The Three Ages). There’s also temporary exhibits by other artists relating to Dalí and surrealism, special events and educational programs, and arts and crafts for kids. Once you’re done gorging on artworks, head to the in-house Café Gala (named after Dalí’s wife) for a Spanish-themed menu of tapas, small plates, pastries, soups, salads, and other specialities. 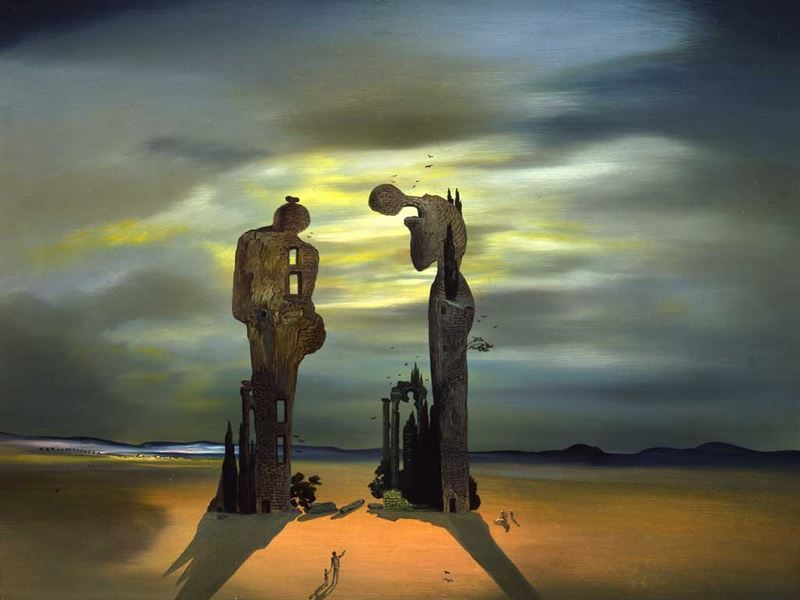 Glide through paddle-friendly waterways on a kayak

Nothing beats a kayak for paddling down intracoastal waterways, zipping down rapids and rivers, manoeuvring around rocks and holes, and getting that bit closer to the fish in hidden sections of the coastline. Whether it’s on a guided eco tour or an ambitious self-designed journey, the St Pete Clearwater trails promise exotic mangrove tunnels, calm winds, and open waters packed with wildlife. There’s Caladesi Island State Park for three-and-a-half miles of easy trails through lush mangrove canals and protected seagrass flats, Weedon Island for thick mangrove canopies and open saltwater ponds, and Pinellas County Blueways for trails that stretch from Anclote Key Preserve State Park in the north to Fort De Soto Park in the south. Other must-do spots (especially for beginners or families with younger kids) include Fort De Soto Park for its five separate islands (known as keys) and self-guided trail that takes about two hours to paddle, and Weeki Wachee for its clear waters that are roomy enough for kayakers to paddle side by side.

Sail the Gulf of Mexico’s calm and clear waters

If you’re not confident enough to charter a vessel and steer it through the Gulf of Mexico’s emerald waters alone, a cruise is your best bet. As you’d expect, there’s a wealth of well-priced private charter companies that will happily take you out for a spin, including Kai Lani Catamaran, Tradewinds Sailboat, and Dolphin Landings (all offer dolphin-watching tours and sunset cruises that typically depart daily). But if it’s swash-buckling family fun you’re after, book a voyage on The Pirate’s Ransom - the custom-designed and safe 70’5” vessel built to US Coast Guard requirements. Run by Captain Memo’s Pirate Cruise, it sails out into the Gulf of Mexico along the Intracoastal Waterway and includes a spirited crew of “captains” and “pirates” who entertain the kids with treasure hunts, face painting, water gun games, stories, and dancing. Parents, on the other hand, can kick back with a glass of wine or champagne whilst combing the horizon for cute bottlenose dolphins (many of which can be seen playing in the wake of the ship). 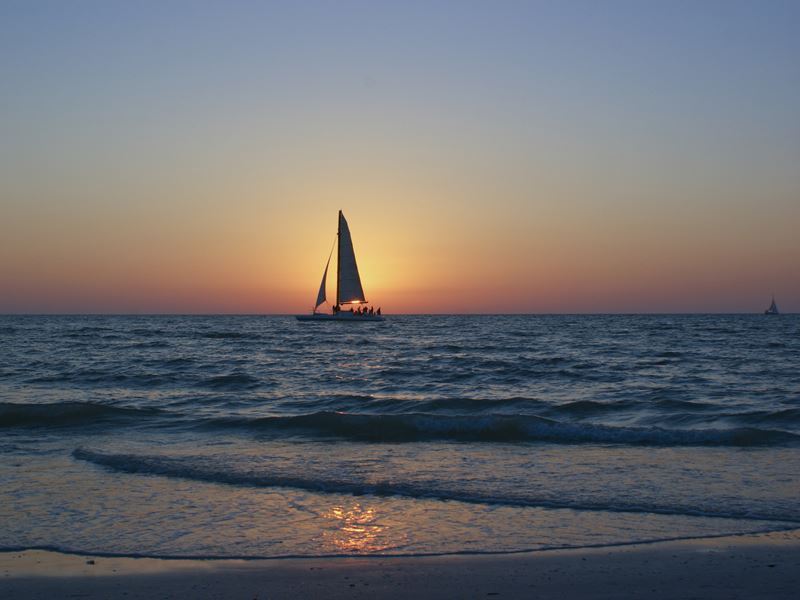 Get back to nature at two wildlife-rich sister islands

Nowhere in St Pete Clearwater rewards with more nature trails and abundant wildlife than Honeymoon Island State Park. Previously known as Hog Island, it was renamed in 1939 when New York developer Clinton Washburn purchased the barrier island and, together with LIFE magazine, held a contest for newlyweds to enjoy a two-week stay here. Nowadays, nature lovers will find nesting birds (osprey, oyster catchers, snowy plovers, least terns) as well as gopher tortoises, armadillos, and even the odd rattlesnake. Equally gorgeous is its bright-white-sand sister island Caladesi Island State Park that’s packed out with shore birds and sea turtles building their nests among the dunes as well as the hardiest of plants such as sea oats, beach morning glory (known as bayhops), and sea purslane. Since this place is only reached by ferry, kayak or private boat it’s seldom crowded. In fact, you’re unlikely to see another soul on the dedicated 2.5-mile nature trail that loops back to the starting point or connects to the beach. 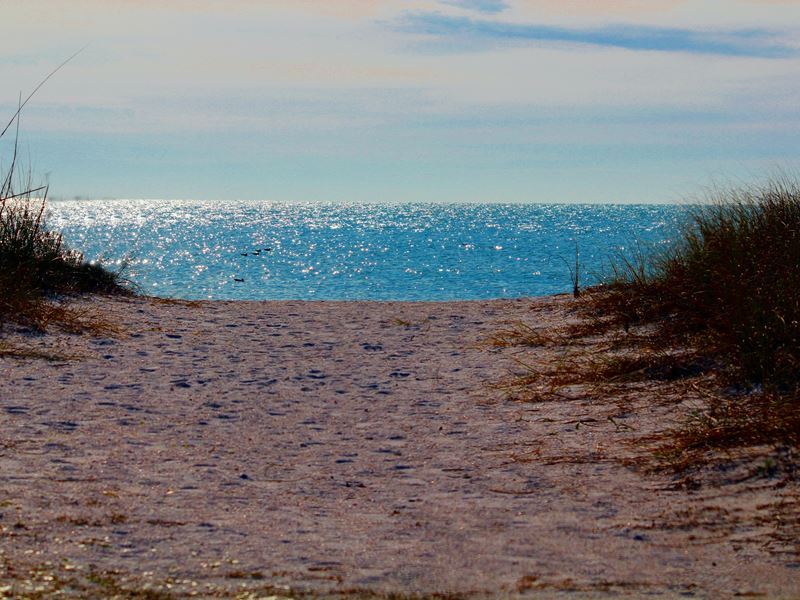 While there’s no shortage of ravishing beaches, most sun-seekers make a beeline for both the top-ranking Clearwater Beach for its blissful two-and-a-half-mile stretch of sugar sands, crystal-clear calm waters and $30-million Beach Walk, and the laid-back St Pete Beach for its gorgeous shores and dizzying array of watersports. But there’s more under-the-radar gems worth shouting about, many of which are tucked away in residential neighbourhoods. These include Belleair Beach for its secluded white-sand shoreline and some of the swankiest waterfront homes on the West Coast of Florida, Indian Rocks Beach for its beautiful dune-lined expanse dotted with little motels and holiday cottages, and Redington Shores for its near-empty pure white sands and a couple of excellent seafood restaurants. Another sun-soaked wonder is Sand Key Park for its swathes of pristine white-sand beach, beach cabanas, picnic areas, large bathhouses, dog park, seasonal lifeguard, plentiful parking, and spot-on location next to the Clearwater Pass. 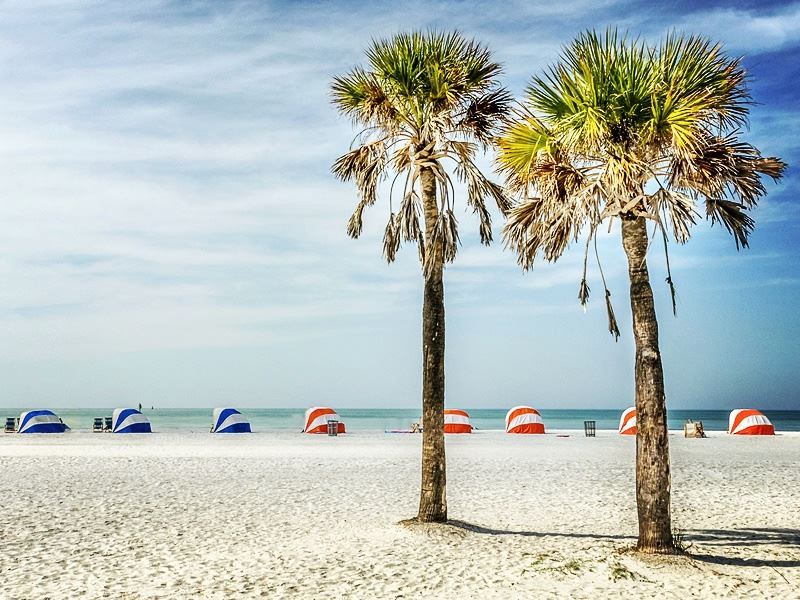