Paul & Philip travelled to Denver Colorado for a weekend break. Here's what they had to say: 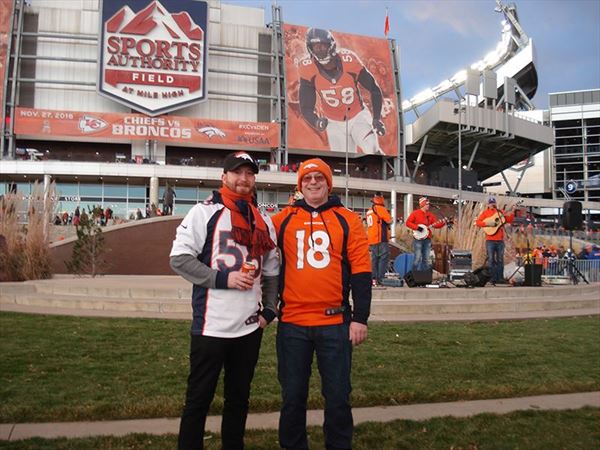 I booked this break through American Sky who I have used previously to book self drive road trips to the USA. Once again I found their advisors to be knowledgeable and very helpful. The quality of hotels booked for us as in the past have been great. On this trip I chose to stay in the Sheraton Downtown Denver Hotel, having stayed there previously. The hotel is located in the heart of Denver right on the 16th Street Mall, which has free shuttle buses running its mile length.

The reason for this trip was my son is a Denver Broncos football fan and we booked tickets through Ticketmaster for the Sunday game at the Mile High Stadium, we also used them to book the Denver Nuggets Basket Ball and Colorado Avalanche ice hockey games both at the Pepsi Centre. Both venues were in walking distance of our hotel.

We booked an Air Iceland flight from Glasgow (we could also have gone via Manchester) to Reykjavik Keflavik Iceland with approximately a one hour stop over before our flight to Denver International. We had a Super Shuttle van arranged to take us to and from our hotel. I have since found out that the LRT Denver Light Rail now travels to and from the airport from Union Station which is at the bottom of the 16th Street Mall. This option would have been far cheaper.

When we checked into our hotel we were offered a free room upgrade, all we had to do was sign up to the Sheratons preferred guest program. The hotel is very large and the room we had on the 5th floor was excellent. The only fault we had with the hotel was that the eggs and bacon on the breakfast buffet were cold. The Yard House restaurant and bar attached to the hotel has great food plus a hundred draft beers available. 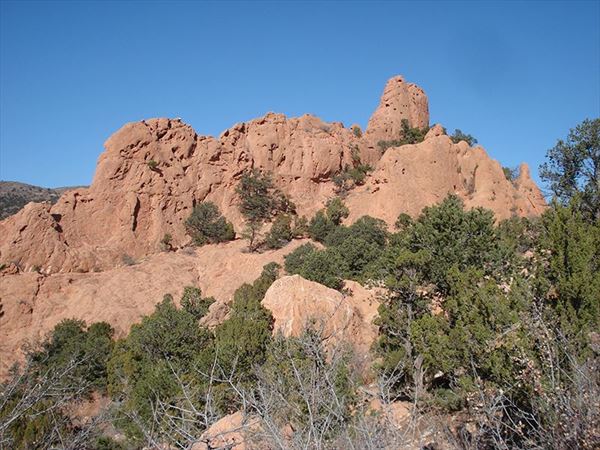 We wanted to go to Colorado Springs to see the Garden Of The Gods. Having done some home work I found out it would be cheaper to hire a car than book an organised trip. We hired a car for the day from Enterprise Rent a Car. They picked us up from the hotel and took us the short distance to their premises. Driving in Denver is a doddle once you fathom the one way system and the drive to The Garden of The Gods took just over an hour. A further five miles on, we drove to Manitou Springs a small tourist town at the foot of Pikes Peak. The car hire depot did not close until 7pm so we had plenty of time to return the car. The total cost including full insurance and brake down cover was £64.57 plus I only spent $10.00 on fuel.

We were fortunate that the Denver Arts Museum had a Star Wars Exhibition and we also visited Coors Stadium, we took a guided tour which only cost $7.00 each which took an hour and a half, our guide was very informative which made the tour very worthwhile. 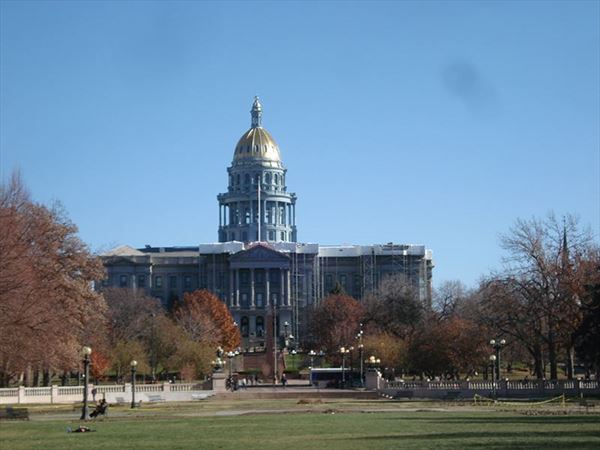 The return flights where excellent, both of us were exhausted after cramming so much in to a enjoyable short break that we slept all the way back to Iceland. I am looking forward to planning more trips to the USA using American Sky.

We would like to thank Paul & Philip for sharing their story with us and hope to welcome you on another holiday soon..